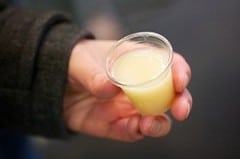 Will Bad Beer Make You Sick

The SECRET Brewers won’t Tell You. We all know that wine gets better with age, but does that apply to all alcohol?

We all know how it is:

It’s time to check out that old fridge there. You expect to throw everything out, but when you open it, you find a few cases of beer.

You pause. You don’t know how long it’s been there. Your best guess is over a year, and you’re not sure if you should drink it.

You are curious, though. Has this old beer settled? Has it gotten better over the course of the last year?

Below, we’ll walk you through what happens to beer as it gets older so that you can determine if it’s safe to drink.

In order to determine if beer is safe to drink, we need to understand how it is made—and how it ages.

Because beer is brewed and fermented, no bacteria can get inside of it after it has been made. The high alcohol content of most beers will act as a natural defense against pathogens anyway.

This means that there’s really no reason to label any beer unsafe—assuming that it hasn’t been tampered with.

Though not every beer will age the same, the fermentation process helps them from developing harmful bacteria.

Technically, you could drink a 100-year-old beer if you wanted to, and you wouldn’t have to worry about it making you sick.

Though this may be hard to believe, it’s true. There are even some individuals who make a habit out of trying old beer—though as you’ll see later in this article, that’s not necessarily a good idea if you like your taste buds.

So what, exactly, happens to beer as it gets older? Why is that, like wine, you can drink it—especially since it’s so far past its expiration date?

As beer gets older, it goes through a process known as oxidation.

This process occurs as your beer makes contact with the air—and it’s going to happen over time whether you want it to or not.

In fact, the threat of oxidation is one that exists throughout every stage of the brewing process.

It’s an especially important concern for those brewing their beer at home, as it can be incredibly difficult to keep excess oxygen from getting into the beer.

As we’ll see later, this oxidation process can react with compounds in the beer and change its flavor.

But does it make it unsafe?

The answer is no.

Despite the changes in flavor and appearance that your beer will go through during oxidation, it will still be safe to drink.

This means that if you see an unopened, untampered-with beer, it should be safe to drink no matter the age.

Now, we’re not suggesting that you actually drink it—just know that if you were to, you shouldn’t expect any health problems to come from it.

But as all beer lovers know, there’s more to the story.

Even though the beer is safe, there are other things to consider before you start chugging down your next six-pack.

Keep reading as we go over all the details you should consider before popping the top on expired beer.

How Long Does It Last?

The best way to determine if beer is old is to check its expiration date.

However, there are a number of factors that could influence how quickly your beer has aged. It’s important that you understand these influencing factors so that you can better judge the age of your beer.

The most important determinant of the freshness of your beer is the temperature you’ve stored it in.

Like most food and beverage, beer will keep longer if you store it at cooler temperatures. It’s likely that you’ve done this anyway, as most people prefer their beers cold.

Room temperature beer will keep, but not as long, so chances are that if you’re planning on trying to drink room-temperature beer past the expiration date, it’s not going to be quite so fresh.

Hot temperatures can damage the quality of your beer even faster—especially if you leave it in direct sunlight. We’ll go over the severe consequences of this more in-depth later.

For now, it’s worth noting that if you do plan on brewing or storing beer, you should make sure that you are keeping it at an even temperature.

Though minor temperature fluctuations shouldn’t do much to damage the flavor of your beer, taking your beer from one extreme (such as boiling) to the other (such as the fridge) can distort the drink’s natural flavor.

By making sure that you keep your beer stored properly, you can increase its overall shelf-life and keep it tasting good longer.

Even with all of these considerations, however, it can be difficult to exactly peg down just how fresh your beer is.

Predicting how long your beer will last is a complex matter. Sometimes, it’s just better to smell or taste it for yourself to judge its quality.

While you won’t be hurt by drinking old beer, you should be careful in drinking it simply because the flavor may be overpowering.

If you notice that your beer has developed a pungent odor, it’s best not to drink it. Though it’s still safe, the flavor of this beer can be extremely off-putting.

With this in mind, you may be wondering if beer skunks as it gets older.

The answer is no—not unless you’ve left it exposed to UV light.

If you’ve ever left a beer sitting in the sun too long, you’ve probably noticed that the taste—and the smell—have gone bad.

Skunking gets its name from the beer’s characteristic putrid smell.

What’s important to note here is that beer stored under the proper conditions will not skunk. If it’s been sitting in your old fridge, for instance, you don’t have to worry about the skunking process.

This doesn’t mean that the flavor won’t have changed, however.

While your beer may not have skunked in the sunlight, it’s likely to have undergone significant changes since it was brewed.

Which leads us to our next question …

In some ways, the answer to this question depends on whom you’re asking. You may find that some people enjoy the taste of older beer, but the consensus is that it doesn’t taste good.

This is because beer generally loses its original crisp flavor. In fact, you may realize that the beer barely has any flavor at all or that it tastes like cardboard.

Some have reported that this depends on the brand of beer that you drink. It’s been said that some beers age better than others, but again, this is likely up to personal opinion.

You might find, for instance, that you like the dulled and somewhat-muddled flavor of old beer—but most don’t.

If you find old beer in your fridge or anywhere else in your house, you can expect that the taste will be different. If you’re looking for a cool, crisp taste, there’s no doubt that you’ll be disappointed.

Let’s take a closer look at how the flavor of old beer has been described by others:

Most beers contain hops—naturally-occurring plants that are added into the beer during the brewery phase. Hops help balance out the natural sweetness of grains by adding a bitter flavor.

Hops have become a popular way to enhance the flavor of many different beer types, but they can seriously alter the taste over time.

When they breakdown, hops turn into extremely bitter byproducts that, while safe to drink, have a flavor that’s repulsive to most.

If your beer contained hops, you could be almost certain that it will taste increasingly bitter as it ages.

Many who have tasted old beer complain that it tastes similar to cardboard. This occurs when the beer has oxidized over time. This will remove the natural flavors of the beer, leaving it with a papery, cardboard taste.

More unrefined beers may even taste like soap. But don’t worry—they’re not going to hurt you.

While it may taste like a cleaning liquid, these beers are safe to drink. Because of their ingredients, they have responded differently to the oxidation process—so instead of tasting like cardboard, they taste like soap instead.

Keep in mind that these flavors are not indicative that your beer is unsafe to drink.

Should You Drink It

It all boils down to who you are.

While we can’t think of many reasons to start chugging an old beer, it won’t hurt anyone who’s looking to try.

Ultimately, the decision to drink old beer is up to you. If you happen to come across an old six-pack or two, there’s no harm in giving it a try.

However, keep in mind that the smell alone is probably enough to keep you from enjoying the beverage.

If you luck up and find a beer that’s not too old, the chances are that it will be more-or-less drinkable—depending on how you’ve stored it.

Based on all the information above, however, our verdict is that if you come across an old bottle of beer, you have one of two options:

Unless there’s a specific reason why you believe you should keep the beer, it’s likely better off in the trash.

Because fresher beers generally taste better and have yet to be completely oxidized, you’ll enjoy richer and fuller flavors.

And though old beers may do in a pinch for those just looking to get a buzz, the experience will likely be more enjoyable taste-wise for those investing in a fresher product.

Let’s take a moment to recap everything we’ve learned:

Yes, old beer is safe: because of its fermentation process and high alcohol content, the beer won’t naturally develop or be home to many dangerous pathogens that can make you sick.

It’s likely going to taste bad: just how bad your beer tastes will be due in small part to the brand and in large part to how you’ve stored it.

For beers stored in a cold, dark place, you are likely going to preserve as much of the original flavor as possible.