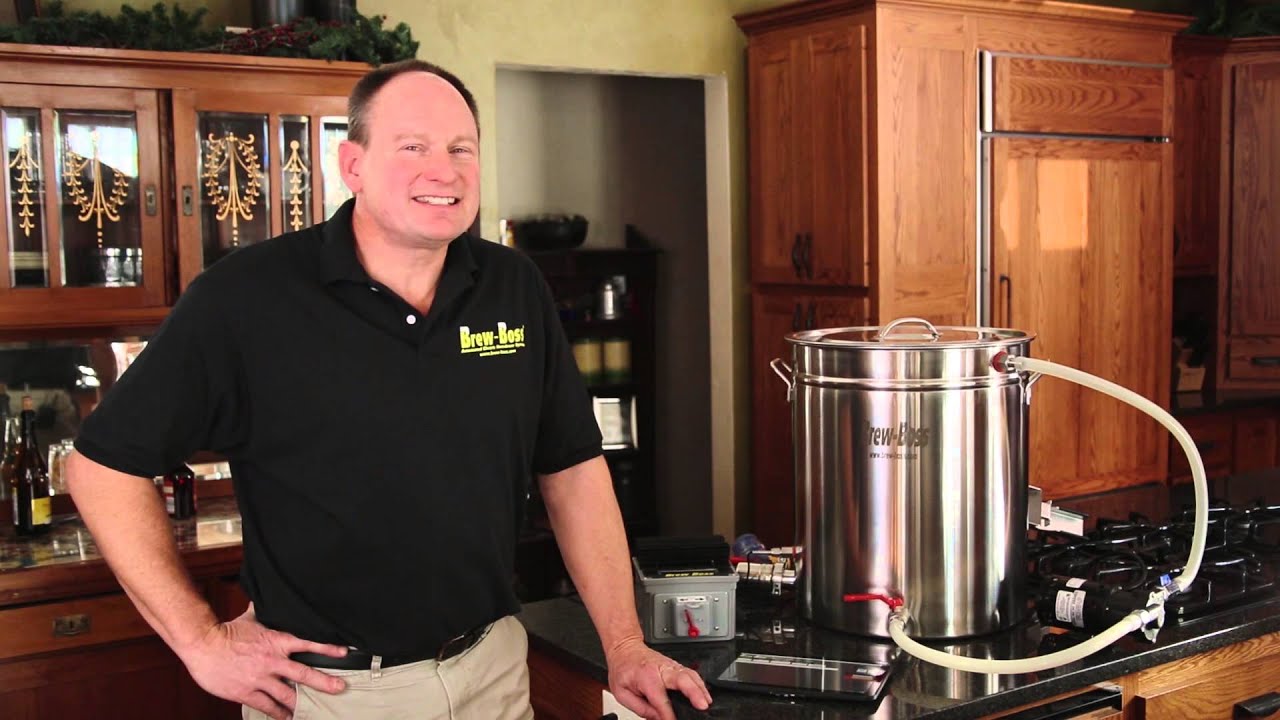 The NEW Brew-Boss Automated Electric Homebrew System. Showing the new custom made kettle, COFI infusion filter, and the Hops-Boss automated hops dispensing device. Designed for those new to the hobby and for experienced homebrewers.

The Brew-Boss® home brew system is an all electric home brewing system that allows home brewers to brew extract or all-grain recipes with complete and accurate automatic control of temperature and timing. Automated control provides consistent results every time. No other system available offers this level of automated brew control.

The Brew-Boss® Controller is also available separately, for those that want to build their own electric brewery or convert their existing gas fired systems to the convenience and safety of electric. For the do-it-yourselfer, there is also a Brew-Boss “Brain” kit that supplies the brains of the controller so you can add it to your existing electric brewery panel or build your own panel.

The Brew-Boss® System utilizes a microprocessor based control box that controls an electric heater element, a recirculation pump, and an optional Hops-Boss® automatic hops feeder (Coming Soon!). A quick-connect digital temperature probes is also supplied with each controller.

The base system provided operates as an Electric Brew-in-a-Bag (E-BIAB) system with a single kettle. The BIAB methodology is just now starting to become popular because of its simplicity and relatively low cost of equipment relative to traditional 3 vessel brewing systems that utilize separate vessels for heating, mashing, and boiling. The Brew-Boss® E-BIAB system is designed to use a single vessel with a drop in strainer that contains the “strainer bag”.
.
The Brew-Boss® controller will also control 2 and 3 vessel systems as well as your electric RIMS or HERMS! Simply add prompts in your step definitions to tell you when to change temperature probes, heater element, or pump.

The system is completely electric, which eliminates the dangers and inconveniences of gas (propane) based systems. Electricity is also much more efficient and economical than propane.

The Brew-Boss® System is a great value and competitively priced.