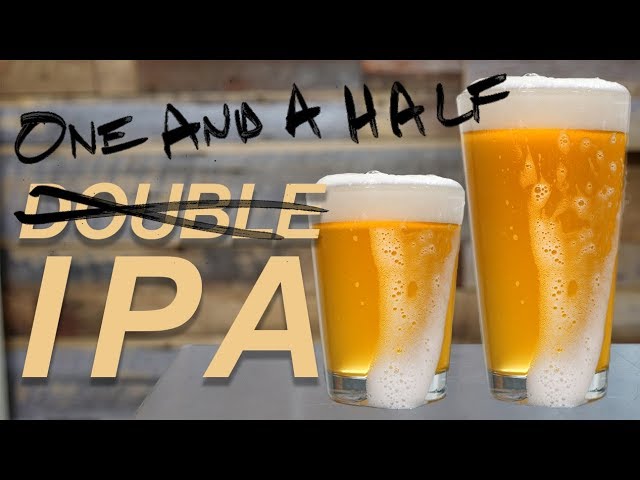 In this episode of our “Brewing Beer” series, we make a Double IPA. Err, uhh, or at least a one and a half IPA. We had planned on making a double but forgot to add some sugar at the end of the boil and our gravity ended up being a bit lower than we were shooting for. Nevertheless, this beer turned out great.

What we ended up with was a 6.5% ABV beer with an insane amount of hops in it. Because we added a fair amount in the boil, this one turned out super bitter. And because we also did a post boil hop stand AND dry hopped it, there is a ton of aroma as well.

All in all, i give this one an A+. If you’ve been following our series and are considering brewing up one of our recipes, this one is highly recommended.