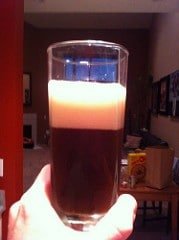 How to Know if Beer is Bad

Making your own beer can be a rewarding experience. You have the ultimate control over the taste—meaning you can have the beer you’ve always dreamed of.

But the perfect home-brew beer isn’t something that is made easily.

Chances are if you’ve attempted to make your own beer, you’ve tasted one or two failed concoctions.

There’s nothing more disappointing tasting your homemade beer and finding out that it’s not exactly what you thought it would be.

The truth is: no one likes bad beer.

And that’s even worse when it’s a beer that you tried so hard to perfect. If you’ve found yourself in this situation, there’s good news:

There are some steps you can take to make your next batch better.

Below, we’ve compiled some of the most common reasons why your homemade beer just didn’t turn out right—and what you can do about it.

Skunking a beer is one of the biggest reasons why the taste turns sour. If you’re not careful, you can commit this homemade brewing sin without even realizing it.

So What Is Beer Skunking?

This is the unfortunate process of leaving your homemade beer exposed to the sun and other high temperatures so long that it distorts the taste.

If you’ve left your beer in these conditions for any period of time, you’re going to notice a difference in the taste.

And if you leave it out too long, it’s going to make it too hard to drink.

Make sure that you aren’t exposing your beer to extreme temperatures or leaving it in direct sunlight.

By taking proper precautions, you’ll be able to keep from distorting your beer’s flavor so you can enjoy a natural, home-brewed product.

If you’re wondering how you can tell if a beer has been skunked without actually having to drink it, we’ve got the answer for you.

Now, we have to be honest and tell you, this won’t be a pleasant experience either. How do you think the process got its name?

A beer that has been skunked will have a distinctively putrid smell that should alert anyone to the fact that it has gone bad.

Your Beer Is Expired

It could simply be that your beer has expired. If you’re not using the right ingredients, your beer’s shelf life may not be exactly what it should be.

For example, most commercial beers include hops—plants that have natural antimicrobials that help fight bacteria. These can keep your beer fresher, longer.

If you’ve tried making beer and letting it sit in the hopes that it would taste better, it could end up making it worse.

Maybe you’ve found that your beer is too sweet. This common problem is another one that can be solved by adding hops to your beer.

Hops have a natural bitterness that helps to counterbalance the sweetness of the grains you’re using.

Adding them to your beer as you boil it can help impart this flavor into your beer so that you can enjoy a more balanced-tasting product.

Even better, hops have great health benefits—meaning they should probably be part of your beer anyway.

Make sure that you don’t add too many hops, however, as they can make your beer overly bitter, which leads us to point number four.

Using the Wrong Amount of Ingredients

The perfect recipe is about more than just having the right ingredients.

You also need to have the right amount of each one. Using too much of one ingredient can throw your beer out of balance in several ways.

As discussed, hops can balance out the natural sweetness of your beer, but if used too much, it will make it overly bitter—and this is not any better.

Additionally, having the wrong proportion of other ingredients can influence the flavor in unexpected ways. If your beer has a strange taste, it could be that you’re not putting the ingredients together in the right proportions.

If you believe this may be the case, consider experimenting with your beer. You might have to tweak the recipe until you get it just right—and that’s okay.

Spending the appropriate time to perfect your recipe is important to make sure that the taste is good.

If you make your beer using bad ingredients, the taste will likely suffer. Make sure that you’re using fresh ingredients that will give your beer a good, natural flavor.

If you’ve got ingredients sitting on your counter and aren’t sure if you should use them, take the extra precaution of throwing them out.

Make sure that everything about your first batch is fresh so that you can get the best-tasting beer possible.

If you plan on making homemade beer routinely, it’s extra important that you make sure everything is fresh, as it can be easy losing track of your ingredients.

when we said that hot temperatures weren’t good for your beer?

Yeah, that rings true on the opposite end of the spectrum as well.

Drastic temperature fluctuations aren’t a good thing for your beer in either direction.

We get the temptation.

Wanting a nice, cold beer is the whole reason you’re brewing your own, right?

No one likes a hot beer, and it can be more than tempting to freeze your beer so that you can enjoy it as soon as possible.

However, this will likely ruin the taste of your beer.

Small temperature changes won’t have much of an impact, so you don’t have to worry about that.

However, if you’re trying to get your beer freezing cold while it’s hot, this is enough of a change to negatively influence the taste of your beer.

Because of this, you’re going to want your beer to cool down to room temperature before putting it in the fridge. Once this is done, you can enjoy your beer nice and cold.

Yes, this will take more time—but here’s the deal: good things usually do.

Don’t try to take shortcuts while you’re making your beer, and you’ll be left with a better-tasting product.

Oxidation makes your beer taste flat. Though this usually happens when your beer ages, it can have implications no matter how it occurs.

When your beer undergoes this process, the compounds that make it flavorful are changed and lost, leaving you with a dull-tasting beer.

Many complain that oxidized beer tastes like cardboard—so if you’ve noticed that this describes your beer, it could be that you’re letting it get too old or that you’ve introduced oxidation into the process at some point.

This usually happens after primary fermentation and occurs when you’re transferring your beer from container to container. When you move your beer around, especially when it’s splashed, you introduce oxygen into the brew.

As you may have guessed, it can be extremely difficult to keep this from happening. Even professional brewers can’t completely avoid oxygen from getting into their product, so if you’re making beer at home, you should expect a little oxygen in your beer.

And yes, this can make the final product a little less crisp than what you’re going for.

By being careful, however, you can minimize the effects of oxidation and keep your beer as fresh as possible.

Not Waiting for It to Settle

If you can’t wait to try your beer, we’ve got some bad news for you. Studies suggest that the best time to drink your beer is three-to-four months after it’s been bottled.

This means that immediate gratification isn’t in the books.

By waiting a few extra months for your beer to settle, you’ll be able to get a better-tasting product.

Simply set it aside and let it chill for a few months before taking the time to enjoy your craft.

Sometimes your beer doesn’t taste good simply because you don’t have the experience to make it.

Over time, you’ll find that you develop the right touch to perfect your recipe and your brewing methods.

While you’re inexperienced, mistakes can happen—making it much more likely that you’re going to encounter problems with your beer’s taste.

These little errors can add up and negatively influence the taste of your beer.

You may find that with a little practice, you get the touch you need to make the perfect tasting beer. As you start to work out a few of your beer-making kinks, you’ll be able to get a product that tastes and goes down better.

Finally, it may be that you’re trying to rush the entire process. Beer brewing is a delicate procedure that requires time and patience.

If you’re trying to rush the product—especially if you’re inexperienced—you’re likely going to get a beer that lacks in flavor.

Not boiling your hops long enough, for instance, can mean that the beer doesn’t get the right bitterness it needs to be balanced out.

The bottom line is that you’re going to have to let your beer actually brew—this means letting it boil long enough that the necessary ingredients are broken down and the flavor evenly distributed.

By not rushing the process, you can get a beer that tastes better and has a better overall aroma.

And this is true for every step of the process—from selecting your ingredients to brewing to bottling. Make sure that you take the appropriate measures to let your beer brew the way it should.

This shortcut-free brewing method will ensure that you’re getting the taste you need.

Now that you know how to make your beer taste better, there are some other important considerations you should make.

Let’s say that you have made a batch already—and it doesn’t taste all that great.

What should you do?

You’ve spent a lot of time and effort into making this beer, so it’s not like you can just throw it away.

But is it safe to drink? Probably—yes.

Chances are that even if your beer tastes bad, it’s likely safe to drink.

This is because pathogens can’t make your beer unsafe after it’s already been fermented. This means that it’s likely just your beer’s taste that is off. This is also true for a homemade beer that tastes bad after being left open.

In this case, it’s likely that your beer has just suffered from the oxidation process, where oxygen molecules react with other molecules in your beer to change your beer’s flavor.

In other words, a bad taste doesn’t mean that your beer is unsafe. It’s likely that you’ll smell your beer before you ever taste it. If you notice a cardboard-like smell, it’s probable that your beer has already oxidized.

As long as you don’t worry about the abnormal taste, there’s nothing to be afraid of.

Here’s the bottom line: homemade beer can taste bad for a variety of reasons. Most of these reasons are highly avoidable. For instance, if you realize you made your beer with expired ingredients, it’s easy to correct this problem the next time around.

It’s likely that it could take you multiple tries to get your homemade beer just right. But don’t worry.

Even if your beer tastes funny the first few times, it’s still safe to drink. That’s assuming, of course, that you don’t mind drinking funny-tasting beer.

You may need to play around with your recipe and ingredients before you settle on a taste that is just right for you.

The good news? Your homemade beer should enjoy a long shelf life as long as you keep it unopened under the right conditions.

This means that you can impress your friends and family at the next big gathering. Become the life of the party with the best-homebrewed beer you and your friends have ever tasted by following the tips above.