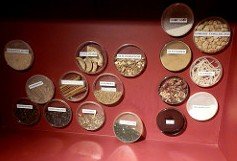 Do you love enjoying a glass of beer? Have you ever wondered which ingredients are used for beer brewing?

Well, if you have asked yourself this question in the past and did not get a clear answer, do not worry. I am here to answer all your questions.

Beer is produced through the fermentation process through which some essential ingredients are incorporated.

First of all, you must gather all the essential ingredients if you want to learn beer brewing. Some of the ingredients include sugar, hop, water, and yeast.

These four ingredients are the main ones used during beer production either at home or in large scale production.

Each of the four ingredients plays a vital role during beer brewing. Thus, you should handle each ingredient with care. In this article, we shall focus on the following:

Check out any of these videos on home-brew recipes if you prefer watching this versus reading it.

Beer is available in liquid form, and the liquid nature originates from the use of water. Water covers about 50% of brew during the production process.

Having water taking up to 50% of the brew makes water the key ingredient in beer production.

You do not necessarily have to purchase bottled water. Instead, you can use your tap water at home. It actually has good taste.

To successfully achieve the whole brewing process, boil the tap water to eliminate all the chemicals available as well as to evaporate chlorine entirely.

Adding chemicals in the water might hamper the brewing process. Additionally, after boiling the water, give it some time to cool before using it for brewing.

Beer brewing veterans do not purchase fermented sugar. Instead, they make their own.

Expert brewers will take portions of corn, rice, wheat or any grains available and they perform the fermentation process of these ingredients to get fermented sugar as a result.

For those trying to make beer for the first time, it is highly advisable to purchase the already malted barley instead of malting the grains by themselves to avoid complications.

Using an already fermented sugar gives a guarantee that the brewing process will eventually be successful.

You can get hops on a hop vine, and they appear in a cone-like flower. Hops provide a neutralizing taste to the beer. In other words, it balances the sweetness and bitterness of the beer.

Another advantage of using hops is that they speed up the fermentation process by inhibiting spoilage.

For the hops to work effectively, there are two that make them retain their relevance. One is the hop resins, and the other one is the hop oils.

Hop resins are responsible for giving the beer the bitter taste, which differentiates the beer from soft beverages. Simply put, adding hops which contain more resins will make your beer taste more bitter.

Different hop oils range from the grapefruit, tangerine, guavas and many other hop oil varieties.

Lastly, hops added at the end of the brewing process are the hop oils that give beer its sweet aroma. This is to attract beer drinkers once they get a whiff of the beer’s scent.

There are two types of yeasts used during beer production. They include:

Ale yeast gets exposed to relatively higher temperatures that range between 65 degrees to 75 degrees.

This yeast thrives in high temperatures, making it good for homebrewers who have a passion for making beer in their kitchen without the presence of specialized tools.

Ale yeast also gives your beer a fruity and spicy flavor, making many beer lovers love these types of beers.

Lager yeast is compatible with cooler temperatures ranging from 40 degrees to 50 degrees. The lager yeast makes a crisp beer.

Lager yeast is not convenient to use for homemade brewing as it will require controlled temperatures, preferably from a fridge.

Beginners should avoid using lager yeast while starting to know how the brewing process takes place as the lager yeast involves a lot of sophisticated methods.

Generally, if you have an interest in making homemade beers, try focusing on using the ale yeast to get the desired results.

After assembling all the ingredients, you need to get started with making beer. It is good to understand that the whole beer making process requires much concentration and attention.

Now that you have the ingredients, assemble all the equipment to commence your beer brewing process. Some of the tools and equipment you need include:

Having assembled all the ingredients and equipment required for beer brewing, it is now time to conduct the actual beer-making following the following simple steps below.

Step One: Crush the Grains

Use the rolling pin to grind the grains until they turn into a fine powder. The required crystal malt is about 8 ounces. Watch out as you crush the grains so as not to turn flour-like texture.

Having a coarse texture will work better in making the beer.

Steeping is the process of extracting all the sweet juice found in specialty grains more particularly from the malts.  Take a half-gallon of water from the original three gallons of bottled water you had in possession.

Pour the half gallon first in the brewing pot and add the crushed grains. Let the two boil for some time before adding the remaining gallon of water.

Carefully stir the malt extract and bring the mixture back to boiling. After giving the mixture to boil, add 2/3 ounces of hop pellets and extend the boiling time up to 60 minutes.

This step is where we add the first hop pellets which are responsible for giving the beer a bitter taste.

After heating the mixture for 60 minutes, turn off your heating system and add the remaining hop pellets.

Cover the brewing pot for about 10 minutes to let the just added hop pellets soak well and give additional flavor and aroma to the beer.

Step Four: Use an Airlock

An airlock ensures that the carbon dioxide produced during the beer-making process has an outlet.

At the same time, it also prevents the air from outside from coming into the brewing pot. You can purchase an airlock at your nearby store. Check your NorthernBrewer to get a high-quality one.

If you are in this step, know you have already made unfermented beer. Wort is an unfermented beer. You should prepare a big basin full of cold water and submerge the hot brewing pot for purposes of cooling the wort.

If you have ice, you can add cold water into the basin to speed up the cooling process. Once the sides of the brewing pot are not that hot anymore, you can now head on to the next step.

Keep in mind that anything that comes into contact with the wort must get thoroughly sanitized, including your hands.

There can be a high risk of allowing impurities to get into the wort which will cause contamination and give the beer unwanted taste.

Still, in this step, use a sanitized funnel and strainer to pour the wort into a clean empty bottle for fermentation to officially commence.

The process of adding yeast to the unfermented beer or wort goes by the name of pitching.

Pitch the yeast from the top part of the bottle having the wort and let the yeast spread all over the beer.

Remember that in this step, we use the top fermentation process because we have to use the ale yeast.

Step Seven: Leave the Wort and Yeast for F

Leave the wort and the yeast in a secluded place out of your reach for at least 7-10 days. Within these days, the yeast will have converted the wort into beer and carbon dioxide.

Where you place the fermenter should be away from any light but not necessarily a dark place. The fermentation process can be amusing to watch. However, do not touch or shake the fermenter.

Once your ten days pass, you will have had a fully fermented beer, but the beer will be having a flat taste because all the sugars in the wort got converted into alcohol and carbon dioxide.

Through the fermentation process, carbon dioxide did not get any room to escape which in the long run resulted in carbonated beer.

After you successfully prime the beer, you can now proceed to the next step which is bottling the beer.

You can buy empty bottles in your nearby shop as well as reusing the bottles you have in your home.  Before you pour the beer into the bottles, make sure to sanitize the bottles thoroughly to avoid any contamination.

After following all the processes explained in this article, I can firmly say to you, congratulations. You have in your possession your homemade beer.

Enjoy all the handwork you invested in the whole process by enjoying a glass of beer with family and friends.

As long as you follow all the steps explained here, you can never fail to produce the best-desired results.

Enjoying a glass of beer with family and friends is a great feeling especially after a long day of hard work. For this reason, you should purpose in making your beer at home because it will empower you with knowledge as well as save you money.

Getting to know the essential ingredients as well as the equipment you require is key to the success of beer production. In cases where your first attempt to make your homemade beer fails, do not give up.

Try as many times as you can until you get that perfected taste you want in your beer.