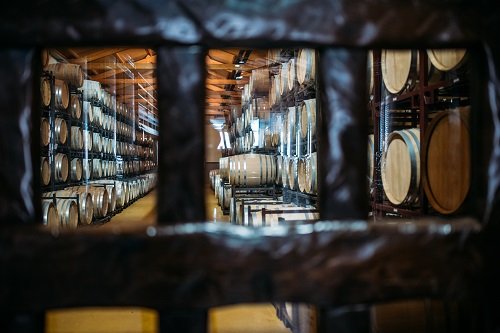 A lot of people want a warm beer, which is alright. Others do not have the money or the need to buy a kegerator to keep the keg chilled.

But more often than not, we go to a party where a frustrated buddy is trying to keep the keg cool.

How long does a keg last unrefrigerated? It takes at least eight hours before the beer starts to taste stale. Unless you are lucky, in which case you could get a whole day out of it.

Sure, it is okay if you want your keg warm. But, keeping your keg warm is not preferred because this could damage the beer quality.

Check out this guide on how to keep your beer fresh or cold without using a kegerator.

For domestic beers, storage and serving should be between 36° and 40°F if a draft beer is pasteurized.

Alcohol stored between 30° and 40°F can keep the carbonation level at which it was brewed.

In the summer months or hotter temperatures, you may want to lower the temperature.

You can hold the temperature inside the keg by using a beer thermometer.

The personal interests of everybody are different. If you like a much colder drink, you can change the temperature by extracting the ice.

While doing this, be careful not to spoil the flavor of the beer.

The colder your beer is, the less it consumes CO2. As temperature increases, so does the pressure needed to sustain carbonation.

Let’s say that your storage area is your basement. The keg sits at around 64°F. You want something like 2.2 volumes of carbonation.

For a fair amount of carbonation for American ale, your CO2 regulator should be 18 PSI.

This type of tubing will balance the pressure for a good pour. If not higher, you would be closer to 12 feet of tubes.

A significant difference in temperature between the bottom and top of the keg will result in a spill of CO2.

It will create unnecessary foaming, even if the device is balanced. This can happen even in a chilled keg.

So, this creates a chance to set up room temperatures.

The setup can be much more temperamental, particularly when it’s colder. This, for sure, will create the worst pour.

If it’s hot outside, your drink will be all foam.

I’m pretty sure some people are doing this, and they’re having a good time. They want a colder beer at low carbonation levels.

If you wish to do this as well, that’s fine. If not, I recommend that you pass. My advice is to stick with the bottle until a keg setup is possible with a whole cooling capability.

No Chill and No CO2 Kegging

You should carbonate a keg first. The big problem with this is that most kegs don’t fully close without pressure.

You may need at least a limited source of CO2 to secure the lid. Beyond that, you have the same problems outlined above.

You will also have the added dilemma of not getting pressure to service your keg.

When you serve it by the pressure produced by natural carbonation, it will get less carbonated.

This beer will be comparatively warm to the extent that it might not be properly ventilated under pressure.

Again, stick with the bottle until the kegerator is completely configured.

Keeping a Keg Cold Without a Kegerator

Kegerators are a fantastic way to cool and serve beer at home. However, they are neither inexpensive nor convenient to transport.

Because of this, you’ll want to know how to keep a keg cool without a kegerator.

A jockey box is a handheld beer design device that is installed in a generic cooler. It operates by feeding beer from the keg to the chilled coils within the cooler.

Meanwhile, the other end of the coil is connected to the external clamp.

When you’re using a jockey box, run a beer through the lines before filling the cooler with ice.

This is meant to prevent any remaining water in the coils from freezing and blocking the wires.

You’re going to need ice bags, but one of the two most popular options is to put a keg in a clean garbage can.

Garbage cans are a great choice because they are found in every household and are large enough to hold a keg.

If you are concerned about sanitation, you can line the can with many bags before putting the keg inside.

The second option is to place your keg inside your bathtub in an ice bed. However, some drawbacks exist with this method.

The keg blanket or keg sleeve is an insulated jacket that wraps around a beer keg. It maintains its original temperature and is a great choice compared to other cooling methods.

Try finding a thick neoprene material to keep the keg cold for longer than eight hours. It is much preferred if the inside is waterproof.

A waterproof blanket will create no condensation that can leak out.

If you don’t want to rely on DIY insulation, buy some inside pockets to hold the ice packs and freeze them.

Do not mistake this for a keg blanket or sleeve. The keg sheet is a thin, lightweight material covering the keg and acting as a keg barrel cooler.

It does the job by reflecting heat and direct sunlight to keep your keg cool during outdoor events.

Not refrigerating your keg is okay. However, as with many things, just because you can do something doesn’t mean you should.

You have to cool the keg somehow or be okay with your beer being stale and flat.