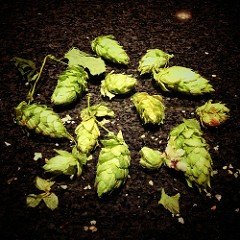 Mash Hopping ~ Best Hop Techniques for Homebrewing. Hops are one of the four primary ingredients used when making beer. The other three ingredients include malted barley, fermented sugar, and water.

During the early years of beer brewing, hops were not used as one of the ingredients.

The difference that exists between a beer with and without hops is the bitter taste that hops give.

Now, the question is: Are hops necessary?

Well, in this article, we shall focus on giving light on the following subtopics:

Mash Hopping: What are Hops?

Hops are flowers with a cone shape that originate from the hops plant. They contain oils and acids that provide beer with a bitter taste and a sweet aroma.

Hops can be used during the boiling stage of brewing. Sometimes, brewers also add them in portions to give the intended purpose.

Before the 15th century, brewers were not using hops in their beer brewing.

But later on, brewers discovered the importance of adding hops to the beer because it was not only crucial for adding bitter taste, but it had other purposes.

Additionally, brewers could also perform dry beer hopping as well as use fresh hops straight from the garden.

As a brewer, you can know the number of hops contained in the beer by checking the IBU levels indicated in the beer.

IBU represents the International Bittering Units which show the number of hops. In cases where you do not find the IBU units indicated on the beer, then you automatically know that the beer you are consuming already has hops, that’s why it has a bitter taste.

When thinking of how to make your home-brewed beer, have you ever thought of the various techniques possible?

Well, if you have no idea about the different hops techniques, read on further.

As a first time homebrewer, you should learn the different techniques so that you know which method to use when preparing a specific type of beer.

It can be difficult at first. But like all things, practice makes perfect.

The different hops techniques used for brewing include the following:

In simple terms, mash hopping means making additions of hops into the mash tun directly. for best results, place the hops on top of the grain bed. Then, leave it for a few hours.

After using the mash technique for a long time, I noticed that this adds less bitterness and gives a better beer character.

Mash hopping, by the term itself, means using large amounts of hops during the beer preparation. In return, the beer gets fewer flavors directly as well as a less bitter taste.

Mash hopping does not give out a concentrated bitter taste because it skips out boiling during beer brewing.

Those who prefer only a hint of bitterness will love beer from mash hopping. Additionally, mash hopped beer also has a lower ph.

One tip, use whole hop leaves instead of hops pellets for mash hopping. If you’d like a more bitter taste, you can alternate using whole hops then the pellets.

The pellets would bring out the hops powder in the brewing pot through the pelletization process.

Just like the name suggests, first wort hops is a technique that involves adding hops at the initial stages in the boiling brewing pot.

The first wort hop technique originated from German. The first people to taste beer made using this technique were blindfolded, and they gave outstanding feedback.

Most of them who tasted said that the beer had a smooth taste, a somewhat bitter taste as well as a sweet after taste in the mouth.

The results you will get after using this technique is that you will finally have a perceived bitter taste of beer and a well-maintained malt bitterness balance.

Bittering hops technique suggests that you will get a highly bitter tasting beer after the brewing process is over.

You can only acquire a super bitter taste when you boil hops for long hours.  When boiling the hops, alpha acids get released in plenty that gives the bitter taste in the long run.

In other words, the longer you boil the hops, the more bitterness you beer will have. Because of the advancement in the world of technology, beer software is now available.

You can use beer software like the beer smith to estimate the level of bitterness the hops produce.

Some people say that the more bitter the tasting beer has, the higher the alcohol content in the beer.

Additionally, the more bitter the beer is the sweeter and natural the beer. To acquire high bitter levels in beer, it is advisable you boil the beer for at least one hour or one hour thirty minutes continuously.

Always remember that the rule of adding some hop portion at the beginning of the brewing process and the remaining hops at the end remains for you to get both the bitter taste and the sweet aroma.

The best thing about these techniques is that their name suggests how they get applied during the brewing process.

The late hops addition, therefore, means that the method applies when hops get added during the boiling process in the last 5-15 minutes.

Adding hops the last minute achieves a sweet aroma instead of a bitter taste.

Because they get subjected to boiling in the last minutes of boiling, they get to release the hops oils into the beer.

The hop oils are responsible for adding the tremendous aromatic flavor because of their sweet flowering fragrance.

In cases where you want to have a sweet aromatic taste from your beer and at the same time get a low PH beer, use the late hop additions technique.

The late hops addition technique will give you a hoppy flavored beer.

For best results, use hops in large amounts to have a concentrated aroma and hoppy flavor.

Another way to producing a less bitter beer full of sweet aroma flavor is by using the hop back technique.

The hopback technique gets applied immediately after obtaining the beer wort and before cooling the wort.

The technique involves infusing hop oils into the hot wort directly and covering the wort for full absorption of the hop oils to take place.

Always take caution when using this method because if you apply the hop oils when the wort is already cold, the technique will not work.

Always remember, the main aim of using the hop back technique is to achieve a high degree of aroma to your beer without making it too bitter.

For experts who brew beer frequently, this technique is always friendly. They even combine with another method like the bittering hops to obtain a beer with a strong bitter taste as well as a high degree of aromatic flavor.

Dry hopping technique involves the addition of hops after the wort finally becomes fermented beer. Hence, you do not have to use hops to get the fermented beer.

The fermentation process takes place in the presence of yeast. For this technique to work correctly, hops get added in the fermenter and left for some weeks for it to soak well in the beer.

The dry-hopping technique does not involve any boiling of the hop, so it means that you will not get any bitter taste of beer while using this technique.

For you to get a bitter taste with full aromatic flavor, combine the dry-hopping technique with another method that results in bittering the beer. The technique works best especially when using in a keg.

The keg has a less bittering taste and a high aromatic flavor.

Remember that you should use the aromatic hop varieties only particularly with the hoppy beer styles to get a high aromatic flavor.

Generally, no one wants to have a taste of beer that has a flat aromatic flavor. The sweet aroma adds to the taste of the beer.

Take precautions so as not to use excess hops while using the dry-hopping technique.

Expert brewers prefer using the combine hop technique to obtain the bitter beer taste as well as the aromatic flavor.

As a beer consumer, you will also prefer to take a beer which gives you maximum bitter satisfaction and sweet-smelling flavor.

For instance, a brewer can decide to use the first wort hop technique and boil the hops to add the bittering agents to the beer.

He incorporates the late hops addition technique to acquire a sweet aromatic flavor. The resulting beer from these two techniques will possess a sweet-smelling flavor and a profoundly bitter taste.

A brewer can also decide to use the first hop new technique to add bitterness to the beer.

Then within the last 5-15 minutes, he incorporates the last hop addition technique for purposing of preserving unique aromatic flavors.

When using the non-hoppy beer styles, it is preferable to use the bittering technique and first wort hopping method to get a smooth blend of beer.

You will enjoy drinking it because of its pleasant bittering taste and aromatic flavor.

Beer is one of the beverages that people drink to quench their thirst – for booze. One of the factors that will always distinguish beer from soft drinks is their bitter taste.

The primary ingredients that add a bitter taste to the beer are hops, and for this reason, it is impossible to overrule the usage of hops in the beer-making process.

Another reason that makes hops part of the primary ingredient for beer brewing is because of its versatility. Not only does it give a bitter taste, but it can also add an aromatic flavor to your beer, giving it a sweet smell.

These two major factors make it impossible for the brewing process to be complete without using hops.