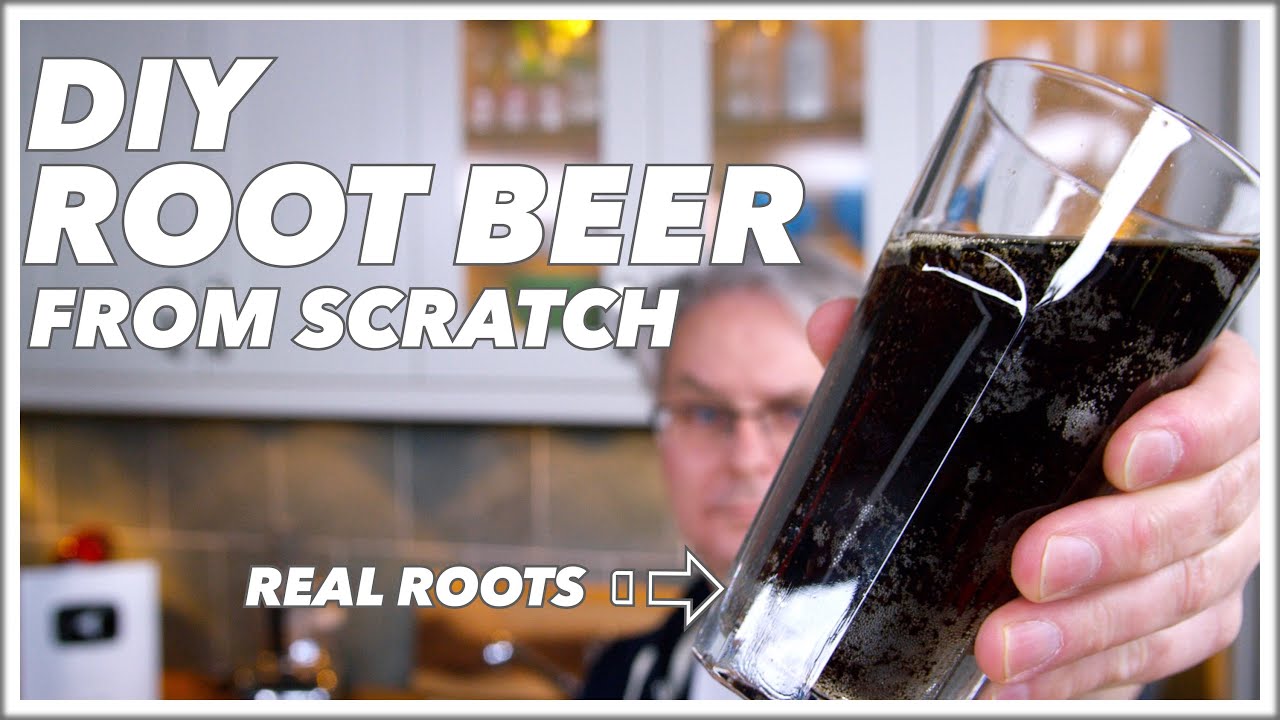 Active ginger bug How To Make A Ginger Bug: https://youtu.be/bbgd-RS_tJ0

I bought all the roots from: https://www.herbco.com

Method:
Bring 1L water, chopped ginger, and cinnamon to a boil.
Boil for 2-3 minutes.
Remove from heat and add: sassafras, sarsaparilla root, cherry bark, liquorice root.
Cover, and let steep for 15 minutes.
Using a coffee filter strain solids out of root-infused liquid.
Quickly cool liquid, so any fine particulate will ‘drop out’.
Carefully transfer cooled liquid to a pot – leaving behind any ‘sludge’.
Add, brown sugar, lactose (if using) and salt, whisk and bring to a simmer to dissolve sugar.
Cool and add vanilla extract.
This root beer syrup can be mixed 1 part syrup to 3 parts carbonated water for a ‘non-alcoholic’ root beer.

Pour into pressure safe bottles, filling to within 2″ of top but no higher.
Cap and set aside at room temperature to let ferment for 2-3 days.
Check fermentation – then chill / store in refrigerator.
MAKES 4L

*There is a popular misconception that sassafras is toxic… sassafras was deemed toxic in one flawed study where rats were forced to consume the equivalent of 9,000 gallons of root beer. Some of those rats got cancer (as expected) and safrole was linked as the culprit; leading to safrole being banned from commercial root beer. No mention was ever made of the other spices, and herbs that we consume daily that contain safrole (cinnamon, anise, nutmeg, basil, etc, etc, etc) and no effort was made to ban those or the actual consumption of sassafras in products such as Filé in Cajun / Creole cooking.
The study was later revealed to be flawed, and safrole was found not to be any more toxic / carcinogenic than anything else we eat or drink – in moderate quantities. But the ban was and still is in place, but only for commercially made Root Beer in the United States. However sassafras (with safrole) has never been banned, so you can legally buy and sell in the US.*

#LeGourmetTV #GlenAndFriendsCooking
Check out the ‘Merch’ in our TeeSpring store- T-Shirts, Mugs and more: https://teespring.com/stores/glen-friends-cooking