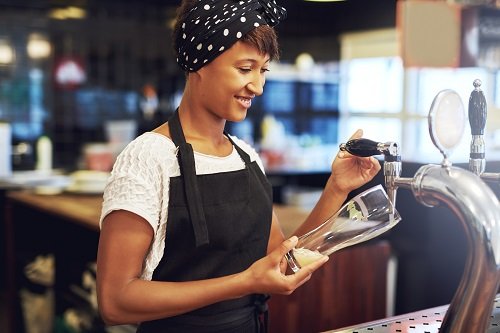 Can a Keg Be Tapped Twice?

Keeping keg beer fresh is quite a challenge, especially after tapping. What if you are planning to tap a keg twice?

Can a keg be tapped twice? Yes, it can. But it is possible only if you are tapping it with a true system using CO2 gas. Introducing other gas inside the keg can make the keg go flat.

This article aims to give you knowledge about tapping beer kegs and if it is possible to tap a keg twice.

Learning the right way to tap beer kegs will allow you to avoid wasting beer when you are hosting a party or beer tapping event.

What Does It Mean to Tap a Keg?

On the other hand, a ‘beer tapping event’ is when one or more new kegs will be tapped.

It is usually done when a rare or new beer will be tapped to a particular market, venue, or crowd.

Keg party pumps are the ones you most commonly see at house parties.

They include a hand pump that provides air pressure inside the keg, helping with the beer dispensing process.

On the other hand, a pressure-dispense bar tap dispenses beer through pressurized gases such as nitrogen or carbon dioxide.

You can usually see such beer tap at pubs, restaurants, and bars.

Lastly is the gravity cask tap. It is used to serve Cask Ale, an alcoholic drink that is unpasteurized and unfiltered, keeping the beer fresh.

Today, you rarely see such beer taps due to the popularity of pressurized containers.

How Long Does a Keg Last After Tapping?

A tapped beer keg can last only about 12 to 24 hours after being tapped with a pump that utilizes oxygen.

However, it depends on the type of beer and how much oxygen was pumped into it.

This is because the oxygen pumped in the beer will cause it to go flat and quickly spoil.

For this reason, beer kegs that are pumped with oxygen should be consumed within 24 hours.

Simply put, a fresh keg draft beer tastes better. Aside from that, a keg will remain fresh only when a true pump with CO2 gas is used to dispense beer.

It should also maintain proper pressure and temperature.

Meanwhile, non-pasteurized draft beer can last between 45 and 60 days when being dispensed with CO2.

Pasteurized draft beer, on the other hand, can last around 90 to 120 days.

Is There a Way to Save a Tapped Keg?

Generally, a beer keg will keep its flavor for only a few weeks before its taste starts to wane.

To save your beer from spoilage, store it at a cooler temperature.

It is possible to tap a keg twice as long as you do not introduce a foreign gas inside the keg.