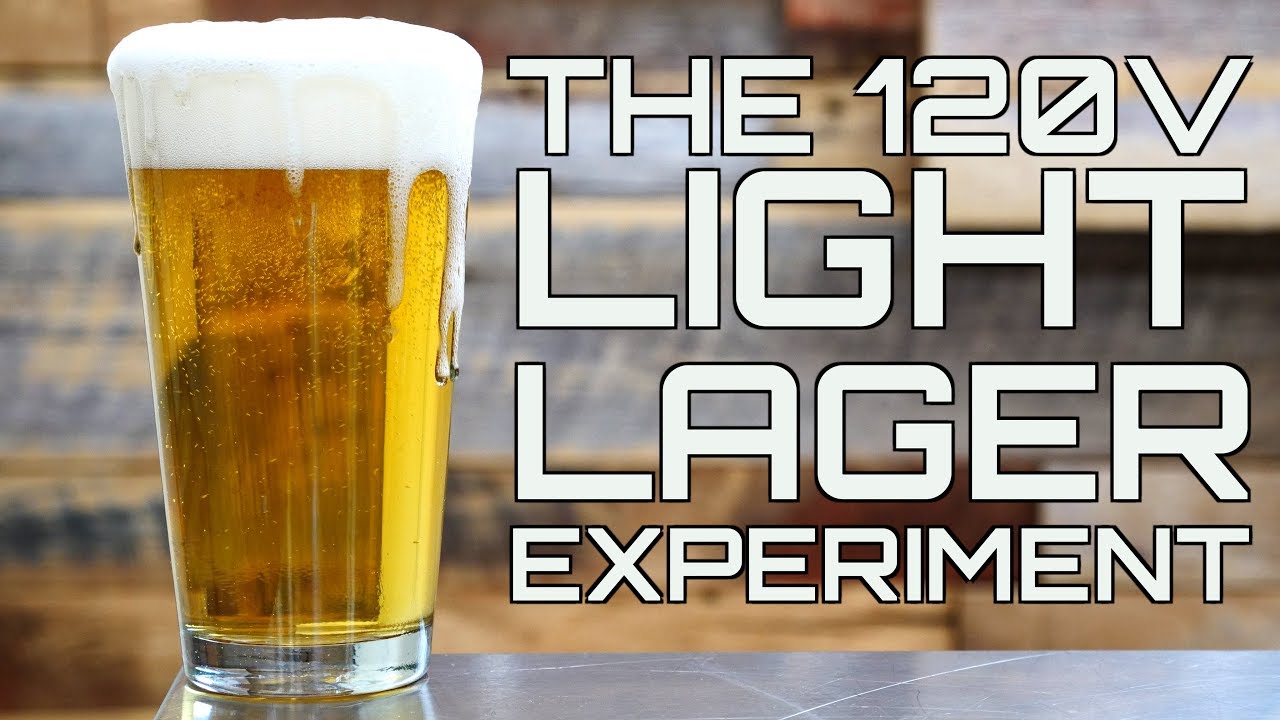 This is an experimental beer, of sorts. It’s a normal American Light Lager homebrew recipe, but we’re brewing it because of it’s high potential for having a creamed corn taste, which is an off flavor associated with the presence of the compound dimethyl sulfide (DMS).

DMS is more likely to be produced when using pilsner malts. This recipe calls for roughly 93% German pilsner, which is what we used. Correction: in the video I said 6 row. We grain we used was 2 row.

DMS is also more likely to be present if it isn’t vaporized during the boil, due to a weak boil or a covered kettle. We’re brewing on a 120 volt, 15 amp system, which limits the power we have to bring 6+ gallons of wort to a vigorous boil to 1650 watts. Consequently we have to partially (actually, mostly) cover the kettle with the lid, leaving only a crack for vapor to escape.

Finally, DMS is more likely to occur in lager beers. The vigorous fermentation associated with ale yeast will typically scrub DMS, if it’s present, out of beer. Lager fermentation is significantly less vigorous, which means DMS is much less likely to be scrubbed out at this stage.

To find out if our system / boil method (covered but cracked kettle) is capable of brewing a light lager with no DMS, watch the video!