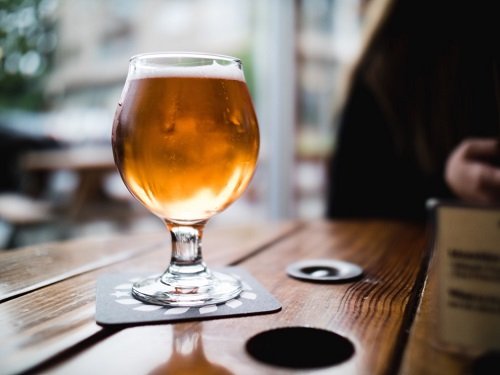 Resting while drinking a beer at the end of a long day is undeniably satisfying. It is a way to let off steam while also taking a moment to relax and be in the moment. You may have been drinking beer for many years and are unaware of why it is called beer.

Why do they call beer beer? Beer is from the Latin infinitive bibere, which means to drink. However, there is some debate. Some scholars believe the word beer derives from the Proto-Germanic word beuzą. It is derived from the word beuwo–, which means barley.

You probably do not know the history of beer since you have no idea why they call it beer. In this article, I will discuss a brief history of beer and the most famous type.

Brewing is as ancient as culture itself. There are three known histories of beer; Ancient History, Renaissance History, and Modern History.

Historians have traced the origins of brewing back to ancient Sumerian and Egyptian cultures. It indicates that the craft is about 6,000 years old. They discovered an ancient beer recipe on a Sumerian seal.

The pictograms seem to depict a barley-infused bread where they drop it in water. Later on, it became a lubricant for these people’s enjoyment. Additional Sumerian artifacts lead us to believe that the Sumerians had over 20 different forms of beer.

After conquering Mesopotamia, the Babylonians adopted this beer-making culture and became masters of the trade. It even came to the point where beer exportation from Babylonians gone as far as Egypt.

There is also a definition of a regular beer ration by one of the laws in the code. Alcohol was sometimes used as barter in ancient times rather than being sold.

Beyond Mesopotamia, artifacts indicate that beer brewing also took place in several parts of the world.

Beer remained popular after the defeat of the Egyptians by the Greeks and Romans. However, beer was not only an offering to the Gods but was also for personal consumption.

Beer’s mood-altering properties were considered magical by early German cultures, and intoxication was regarded as spiritual. Beer, they believed, was a spirit or god-like drug that inspired those who drank it.

Barley production expanded north and west, and brewing followed. The Roman Church took control of the brewing of beer.

Beer manufacturing was a way of funding these cultures. During this time, there was only a slight knowledge of the role of yeast in the fermentation process. Beer was accepted into village life by once nomadic tribes. People during this time used beer in exchange for labor.

The development of German brewing standards was crucial for the future of beer. These regulations aided the proposal of the Reinheitsgebot of 1516.

It was one of the most historically famous beer purity rules. However, during the renaissance, only four ingredients were allowed.

This Reinheitsgebot proposal requested that German beers be of the highest quality in the world. It distinguishes German beer from that of other European countries’ beer-making constituents.

In the mid-nineteenth century, Louis Pasteur entered the beer-making scene. His work revealed the intent and clarification of how yeast played a role in the process.

Because of the wild yeasts that would soar the beer during the warmer seasons, continued brewing was impossible. Brewmasters, however, found another theory.

Brewing in the cold months and storing the beer in caves in the surrounding Alps improved the beer’s consistency. It gives it a cleaner taste because the chemicals and bacteria that cloud beer couldn’t survive in the cold.

Commercial refrigeration (1860), automatic bottling, pasteurization (1876), and railroad distribution ushered in the modern age of brewing in the United States.

By the late 1800s, the United States had about 2,500 breweries. Most were embraced by many of the traditional brewing types.

During this time, the National Prohibition Act of 1919 was effective. It allows for the enforcement of the United States Constitution’s Eighteenth Amendment. It mandated the national prohibition of alcoholic beverages.

The smaller breweries sat idle while larger ones limped along with cereal malts and near-beers. Thus, leaving only 160 breweries to survive prohibition. Alcohol demand began to rise after the introduction of the beer can in 1935.

Due to food shortages during World War II, adjuncts were increasingly substituted for malt, resulting in a lighter beer. Women dominated the workforce, and they preferred a lighter-styled beer.

The large national breweries catered to the tastes of this expanded beer market after the war.

At the end of the century, the United States alone had produced 6.2 million barrels of beer a year. If that surprises you, a $51 billion brewing industry was also made possible.

The Alcohol Tobacco Tax and Trade Bureau is overseing3,700 active permitted breweries at present, which is a new high.

The delicious aromas and pronounced bitterness derived from generous hop additions are the focus of these brews.

Despite having some malt richness, hops will still have the most intense flavor contribution in these brews. These beers have a medium to the entire body, a yellow to brown color, and a low to high alcohol content.

These beers vary in color from copper to dark brown, in the body from light to full. Alcohol content varies from low to heavy.

So you see, beer is not just for fun in the modern-day. It goes back to olden times where people use beer as payment for food and labor.

They even saw beer as holy! While it changed from era to era, beer remained appreciated – only now, it is more expensive.