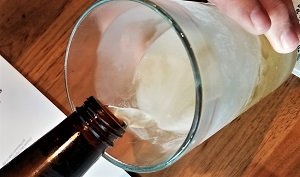 The popularity of low alcoholic drinks has exploded in recent times since its first introduction to the market. This is mainly because many customers are now opting for healthier options for the food they consume.

This surge in popularity has resulted in creating a market with almost endless options for non-alcoholic beer.

So, let’s get this question out of the way; can you get drunk on low alcohol (anything up to 0.5% ABV) and non-alcoholic beer like O’Douls’ and Heineken’ 0.0? The simple answer is you can’t.

When talking about quantities, it would take ten 0.5% beers to match the buzz of one regular 5% beer. A typical adult usually will start to feel minor effects of alcohol once their blood alcohol content (BAC) reaches 0.04%.

It is almost impossible for anyone with a healthy body to reach this level when drinking any low or no ABV beer. In a 2012 study, researchers took 67 people and abstained from drinking alcohol for five days.

Then they had them drink 1.5 liters (about 2.6 pints) of 0.4% ABV beer within an hour. The researchers then measured their blood alcohol content (BAC) throughout the experiment. The maximum BAC that came upon their readings was 0.0056%.

The primary reason your blood alcohol content does not build up to a level that makes you feel drunk is simple. It is because your body processes the alcohol too quickly for it to be able to pool and build up in your system.

Take a pint of 0.5% beer, for example, containing about 0.28 units or 2.2g of alcohol. The average adult can process this amount in 16 minutes compared to 3 hours for a pint of 5% beer.

All this is to say that even if you do manage to drink several pints of 0.5% beer quickly, your body can deal with the alcohol in them just a quick. The same goes for all the food with some alcohol in their recipes like rye bread and apple juice.

The Process Of Making Non-alcoholic Beer And Its Content

Let’s start with a little bit of the history of beer-making. In the prohibition, government-teetotalers mandated that the “strongest” alcoholic beverages would only be 0.5% alcohol by volume (ABV).

In states with strict alcohol regulations like Utah and Oklahoma, non-alcoholic beer is the standard fare at grocery stores. Anything more substantial than 0.5% ABV can only be purchased at state-regulated liquor stores.

As its name implies, near beer is the closest to non-alcoholic beverages to mimic the flavors and variations of regular beer. It is because their brewing processes are almost the same with merely an added step or two. The process goes something like this:

Getting Drunk From Drinking Near Beer

Here’s the gist of it: a healthy adult cannot get drunk near-beer even if it does contain a tiny bit of alcohol. It is simply because there isn’t enough concentration of the alcohol content in the beverage to affect your body.

One unscientific experiment even says that you would have to drink 56 O’Doul’s bottles in one hour to be legally drunk. For reference, O’Doul’s has an alcohol content of 0.4%.

For the benefit of the doubt, even if those numbers were greatly approximated, it would still be numerically impossible to get drunk on non-alcoholic beer.

Should Someone In Recovery Drink Non-alcoholic Beer?

It isn’t easy to develop a definitive answer since non-alcoholic beer has different effects on different people. One benefit it has is that it is a good alternative for people who are in recovery.

That being said, it is also not hard to acknowledge that near beer may trigger a craving to drink actual beer for people battling alcoholism. However, it can be said that ultimately, the voice is up to the individual.

For many people in recovery either from alcohol or drug abuse, non-alcoholic beer can very well serve to assimilate. It also serves to feel regular, feels accepted during a holiday season or during a social gathering.

This can lessen the difficulty and unfairness of people who may have a past or even present issue with alcohol. Some might feel isolated, especially from socializing with loved ones who can drink alcoholic beverages during the holidays.

This doesn’t change the fact that you cannot get drunk near beer. As a matter of fact, it may even be a positive alternative for someone who is bouncing back and trying to remain sober during the festive, alcohol-filled seasons. This can help them immensely in trying to be sober during this time of the year.

Unexpectedly, the rules in determining whether a beverage is an alcoholic or non-alcoholic are somewhat complicated.

Furthermore, these regulations sometimes conflict with others depending on where a particular beverage is sold. Thankfully, there are general guidelines you can reference to have a firm idea of what you’re purchasing and how much alcohol is in it.

Typically, low alcohol beverages are often grouped into the non-alcoholic market. Generally speaking, low alcohol labels mean that the beverage has anywhere between 0.5% to 1.25% ABV.

If you’re looking to decrease your alcohol intake as much as possible, a good option for you would be to start looking at available drinks. Look for some alcohol-free advertisements, which should contain no more than 0.5% alcohol by volume.

Any beverage that contains this low alcohol content is very unlikely to give you a buzz. This is unless you have a really low tolerance for alcohol in your system. There really isn’t a discernible adverse impact the alcohol can have on the body in volumes as low as these.

There are many benefits to consider when you’re deciding to switch out your favorite alcoholic beverage for a low alcohol alternative.

One undeniable benefit would be that consuming non-alcoholic drinks would be so much easier to stay within the safe limits of healthy drinking guidelines.

Government guidance suggests that nobody should be ingesting more than 14 units of alcohol at any given week. In other words, this would mean that no one should be drinking any more than 6 to 8 individual servings of wine or beer in seven days.

Granted, if you’re someone who enjoys a pint with a dear friend, it isn’t hard to go over this mandated limit, and continued overconsumption may very well be bad for your health.

In this regard, switching to a non-alcoholic alternative means you can keep chugging without worrying about the damage it can impose on your body.

Beverages that are low or devoid of alcohol also boast the benefit of having fewer calories than their alcoholic counterparts. If you drink regularly and would like to cut on your caloric intake, switching to non-alcoholic beers may help you with your diet.

Lastly, beers that are low or have no alcohol content tend to be cheaper than conventional wine, beers, and spirits. It is especially when you’re shopping at a supermarket as opposed to a bar or restaurant. Furthermore, anything below 1.2% ABV is exempt from tax which is usually imposed on alcoholic drinks.

Getting drunk is a unique experience for any given person who drinks alcohol. It is unlikely that two people at a bar have the same experience when drinking the same beer served to them since there are just so many factors affecting your alcohol experience.

Remembering these factors will help you ensure a good drinking experience with your friends at the bar or just by yourself at home.