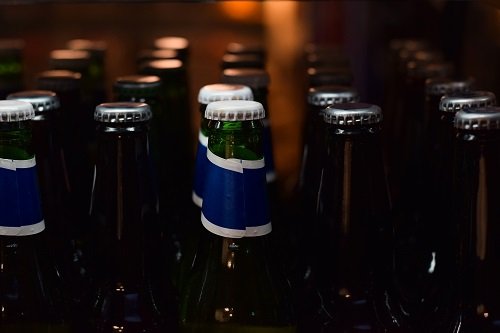 What Are the 10 Best Beers?

When it comes to beer, many people agree that today is considered the golden age. This means that a lot of brewing has been happening in the past decades, and it is about time to expand your horizons.

Plenty of new beers are being created, and it is essential to learn more about them to discover the one that fits your taste and lifestyle.

In this article, you will find different varieties of beer that are considered the best. Find out which suits your taste and preference, and don’t forget to take note of them all.

It is important to know their characteristics, so you know what to expect when you sip them.

The Best Beers in Existence

Based on statistics from 2019, more than 7,500 breweries are operating in the United States alone.

This is only a rough estimate, as every year, more breweries start to open, and they introduce a never-ending stream of new beers. This makes it hard for people to find the best beer there is.

This year was Saison’s year, and the list below contains a variety of Belgian-style farmhouse ales.

Lower-alcohol beers are getting the spotlight, too. This is probably because more craft beer drinkers are looking for healthier alternatives.

As a whole, craft drinkers might be pivoting away from the usual IPA and craft lager.

However, plenty have made it onto this list. Here are some of the best beers, ranked by hundreds of people from around the country.

Oskar Blues Brewery Mama’s Little Yella Pils is considered to be the best pilsner there is.

Pilsners are known to be a popular beer style, for good reason: the combination of massive refreshment and a moderate alcohol blend.

It provides a perfect beet flavor when you want to have more than the usual.

Many craft brewers in the US have embraced the pilsner and started to churn out flavorful variations.

This is far more than the usual fizzy booze water. Mama’s Little Yella Pils is one of the best American interpretations of a truly classic pilsner.

It provides you with snappy, peppery bitterness that doesn’t overpower the flavor. This kind of pilsner can be enjoyed on many occasions, from regular mowing to a five-course dinner.

New Belgium Brewing Company La Folie is considered to be the best sour ale you can find. New Belgium is one of the country’s pioneer producers of barrel-matured sour ales.

They provide a lot of variations that derive their multifaceted flavors and acidity to a custom microbial blend. La Folie is considered one of the first American-made sour ales.

It is a sour brown ale that is set aside for three years to age. It is placed in a massive oak vessel called Foeders before it is packaged in an elegant bottle.

New Belgium Brewing Company La Folie is also one of the easiest sours to find. Additionally, it is one of the finest beers ever produced in the States. This beer has an intense cherry flavor.

It is a perfect beer to give as a gift for someone who wants to try sour beers.

Next on this list is the Sierra Nevada Brewing Company Pale Ale, which is considered the best Pale Ale in the country. It was founded back in 1980.

In fact, Sierra Nevada is a founding father of America’s craft beer movement. It has carved a flavorful path, followed by the most inventive breweries today.

For many decades, the brewery’s flagship Pale Ale has been the quintessential American craft beer. It set the tone for the American pale ale style as well as the whole industry.

It is made with bright notes of grapefruit and pine, which is the way to achieve a lightly toasty body. Sierra Nevada Brewing Company Pale Ale is considered to be one of the world’s most balanced beers.

If you are looking for some of the best IPA beers out there, then you might want to try Bell’s Brewery Two Hearted Ale. When it comes to IPA, too much of it can cause unbalanced wrecks.

As a result, it can be too bitter or too sweet, or the alcohol can burn hot enough to light a campfire. However, Two Hearted Ale is none of the above.

This Michigan brewery’s flagship sits squarely at 7% ABV, and it is considered strong but not overly done. It has an agreeable malt sweetness and a bewitching scent supplied by the American-grown Centennial hops.

You can expect a fragrance of just-cut grapefruit mixed with a touch of pine trees.

Stout fans should check out Modern Times Beer Black House. If you are a fan of coffee and beer in general, you will find lots of things to love about Black House.

This is the dark crown jewel of San Diego’s Modern Times. You can find it in the southern part of California. The company is famous for roasting the coffee, which is a mix of Ethiopian and Sumatran beans.

Using these beans, they were able to make this luscious oatmeal stout.

As a result, this brewery technique produces a taste like a chocolate-covered espresso bean, just drier, and more like a beer.

Many beer experts and extraordinaires called this beer a satisfying roast bitterness with the perfect balance of coffee. It has about 5% ABV and is not just a sipper for winter, as it works all year round.

If you fancy some wheat beer and don’t know which one to pick, you should get the Allagash Brewing Company White beer. A lot of beer experts agree that Portland, Maine has the best Belgian-style white ale.

It is refreshing and spiced with coriander and Curacao orange peel. Allagash White beer is considered the universal crowd-pleaser beer.

It is known as summer in a bottle because of how refreshing it is, but this beer is also great all year round. Usually, in a bar, you will find plenty of people having this beer. Also, White beer is considered a perfect combo at a dinner table.

For many years, drinking beer while watching your waistline has been a hard task. However, if you are looking for a low-calorie or even low-carb drink, you can try the Dogfish Head Craft Brewed Ales Slightly Mighty Lo-Cal IPA.

Nowadays, many craft breweries have cracked the code and are offering a low-cal option to their customers. This is to provide them with more flavorful offerings along with low-calorie intake.

At only 95 calories, this beer bunches way above its weight. With some huge tropical fruit notes from the hops, it has a distinct flavor—not to mention that it has fewer calories than some hard seltzers.

If you are trying to lose weight or slim down, this is the perfect way to be healthier without missing out on the fun.

Many people avoid beer, not because of the taste, but because they don’t want to get drunk. A Connecticut-based brewery, which is Athletic Brewing, makes America’s best non-alcoholic beer.

Never take this drink lightly, as while it may be lacking in booze, it delivers massively in the flavor department.

Athletic Brewing has mastered the art of ensuring that flavor is a priority. The Run Wild IPA will give you an aromatic vibe, and you won’t have to wait for happy hour to crack a can. This IPA has a wonderful variety of hops and a great flavor.

The poppies of Flanders Field in Belgium inspired the Lost Abbey Red Poppy Ale. This Belgian-style sour beer is brewed in a brown ale base and is blended with larger and aged oak barrels.

Many beer enthusiasts from Lost Abbey Brewery like to say that this kind of beer is not for the faint of heart.

Together with the aroma of tart cherries and some cinnamon vibes, this ale exudes an unexpected stone fruit flavor.

It is quite intense, but also round and soft, and it has come to define the American sour beer market. Red Poppy Ale took over as the benchmark of what exactly a sour ale is supposed to be like.

This kind of beer is known to be the best overall. It is innovative, dark-brewed, and daring. It stems from an older wheat brewery in Bavaria, Germany. Like many of the world’s inventions, it started as a mistake in the 1940s.

This beer was shipped in containers that lacked temperature regulation. As a result, it was partially frozen during shipment and ended up as a more concentrated, intense beer.

It is managed by six generations of a single-family. Hans Peter Drexler is the brewmaster of the Schneider brewery. This version of the Aventinus Eisbock evokes sweet banana and plum flavors flanked by clove, toffee, and some rising notes.

When it comes to drinking beer, there is an etiquette to be followed. One of the most common mistakes in terms of drinking beer is chilling it first.

While a cold beer served in a chilled glass is beyond refreshing, the best way to enjoy the full range of flavors and aromas is to let the beer warm to room temperature.

If you happen to have an ice-cold glass, it will cause the beer inside to foam, killing its carbonation and aroma.

It is also fair to say that beer should be enjoyed as soon as you purchase it. If you leave a beer in the fridge for quite a long time, it will start to lose its flavor.

Also, if you leave beer bottles exposed in the sun for too long, they will quickly age and lose their taste.

It is common knowledge that it is always best to enjoy a glass made from natural materials. It should be poured from a distance of 2 to 3 centimeters.

There are plenty of beers produced today to choose from. With hundreds of thousands of beers to try, you will never be left out. This means that you have a lot of things to taste and discover to find the best beer for your taste and lifestyle.

Hopefully, the previous list will help you decide which beer will fancy your tastebuds. There are plenty of breweries in the States, and some of them even offer delivery services, right to your doorstep.