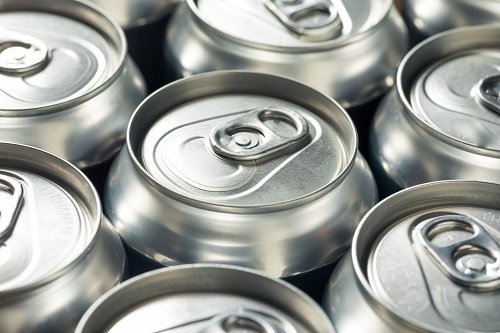 Alcoholic drinks have alcohol, water, and other ingredients. But it always has the alcohol content varying between beer, wine, and hard liquor. The concentration of alcohol in a drink is used to measure the equivalent of one regular drink.

You may think that 4.2% ABV is okay to drink every day, but it is not. Find out the risk you are getting yourself into when drinking too much in this article.

What Is A Standard Drink?

There are so many factors when we drink beer. Keeping track of how much alcohol we consume is not easy. Glasses, cans, and bottles are available in a variety of sizes.

The percentage of alcohol in various drinks varies. Standard Drinks are the most straightforward way to monitor your alcohol consumption.

The alcohol content of various types of beer, wine, and malt liquor can vary dramatically. Many light beers, for example, contain almost as much alcohol as standard beer – about 85 percent. Another way to say it is:

That is why it’s crucial to know how much alcohol is in your drink. One regular drink (or alcoholic drink equivalent) in the US contains about 14 grams of pure alcohol. You can find it in:

For healthy adults, moderate alcohol consumption means no more than one drink a day for women. Men, however, can consume at least two drinks a day.

Here are some examples of one drink:

Advantages And Disadvantages Of Moderate Alcohol Use

Moderate alcohol consumption has been linked to several health benefits, including:

Keep in mind that even mild alcohol consumption carries certain risks. Light drinkers have a tiny but real chance of some cancers, such as esophageal cancer.

In addition, drinking and driving are illegal. Eating a well-balanced diet along with being physically active have far-reaching health benefits that have been thoroughly researched.

Risks Of Heavy Alcohol Use

Some research indicates that moderate alcohol consumption can be beneficial to one’s health. But heavy drinking, including binge drinking, has no such benefits.

For everyone over the age of 65, heavy or high-risk drinking is classified as more than three drinks on any given day. It means more than seven drinks per week.

For men 65 and younger, it is defined as more than four drinks on any given day. Or more than 14 drinks per week.

For women, binge drinking is described as four or more drinks in two hours. While for men, 5 drinks or more than that in 2 hours.

Excessive drinking can put you at risk for a variety of critical health issues, including:

Take note that these are just suggestions. The amount of alcohol you consume isn’t the only thing that influences your level of intoxication.

Other factors can explain why one person can keep their liquor while another cannot. When you drink, how intoxicated you get is determined by:

How Much Food You’ve Consumed

An empty stomach can make you get drunk faster; food slows down the body’s absorption of alcohol.

The Time You Spend To Finish A Drink

Alcohol is metabolized at a rate of 1/3 ounce per hour in the human body. It is less than a 12-ounce beer, a 4- to 5-ounce glass of wine.

Even a mixed drink containing 1-1/2 ounces of 80-proof liquor. As a result, downing two or three drinks in an hour is more intoxicating than sipping the same drink.

Generally, the higher the alcohol content, the faster it is consumed. Since vodka contains 40 to 50% alcohol, it is consumed quicker than beer, which contains 3.2 to 5% alcohol.

When you don’t know the limit when drinking alcohol, this is most likely the first risk. When there’s too much alcohol in the bloodstream, regions of the brain regulate essential life-support functions.

Overdosing is more likely if you drink alcohol and take opioids or sedative-hypnotics, such as sleep and anti-anxiety drugs.

Sleep aids such as zolpidem and eszopiclone, along with benzodiazepines like diazepam and alprazolam, are examples of these drugs.

These medications, including alcohol, inhibit regions of the brain that regulate essential functions like breathing.

When alcohol and other substances are consumed together, their individual effects are amplified. It can result in dangerous side effects.

Overdosing on alcohol is a risk for someone who drinks too much alcohol too quickly. It is particularly true for people who participate in binge drinking. It is a pattern of drinking.

For women: It results in a blood alcohol concentration (BAC) of 0.08 percent or higher after a woman consumes four drinks

For men: When he consumes five drinks in less than 2 hours;1 and high-intensity drinking

As you can see, they seem different. But both are defined as drinking two or more times the binge-drinking levels for women and men.

The body’s capacity to break down and remove alcohol from the bloodstream is harmful when consuming significant alcohol content. It causes BAC to rise quickly, impairing the brain and other bodily functions significantly.

Things To Do To Avoid Alcohol Overdose

Know the warning signs of an alcohol overdose. You may call 911 for help right away if you think someone is suffering from one.

While waiting for medical assistance, do the following:

Maintain vigilance to ensure the safety of your friends and relatives. Know, if you want to drink, you can avoid the possibility of alcohol poisoning by drinking safely or not at all.

When To Avoid Alcohol

In some cases, the risks of drinking alcohol can outweigh the potential health benefits. Consult your doctor before drinking beer if you have any of the following conditions:

Alcohol drinking is not a good idea for you if you want to avoid the health issues that come with it. But, if you drink beer in light to moderate amounts and keep it safe, you can keep it that way.

But always drink responsibly. Also, ask your doctor to determine what is best for your health and safety.