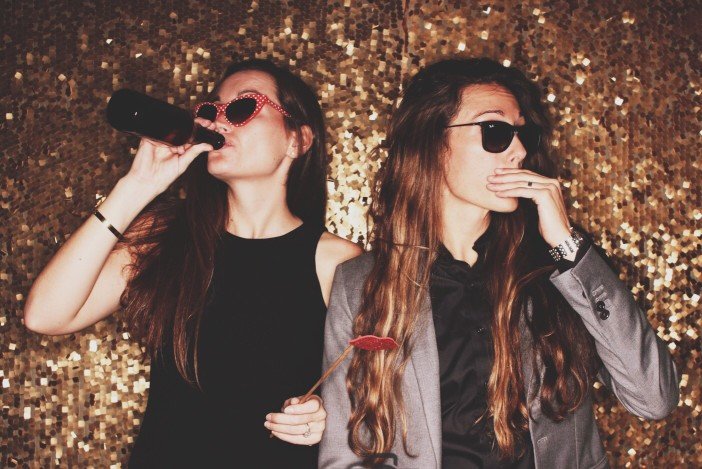 Beer lovers love to stock lots of beer, so when they’re free, they can indulge in drinking. But there are times that you forget to drink it as soon as possible because you are too busy.

Is it okay to drink expired beer? Drinking expired beer is safe, but only after 6-9 months. Yet, the taste of it is a different matter.

This article will tackle further why drinking beer is still okay to drink. We will also explain how to know the expiry of the beer. Also, we will tackle the consequences of drinking expired beer and how to prolong it.

They say that drinking fresh beer is better than the old one. As the beer ages, the flavors begin to change. Their oils, aromas, flavors that make up the excellent flavor for a beer will go away when it expires.

Remember that beer is a delicate product that sunlight can cause a different taste and smell.

Drinking expired beer isn’t dangerous for your health, about what some may say. It’s because of the brewing and fermented process it has gone through. That there are no harmful pathogens will grow in the beer.

But that doesn’t mean that you will ignore the expiry date of it. While it’s still not harmful, still expired beer may be unpleasant for your taste buds.

There are still beer lovers who prefer to drink beer past its expiry date. One of their reasons is that it still tastes fine. Some would also say that beer still tastes good six to nine months, even after the expiry date.

No Harmful Effects Of Expired Beers

Studies say that liquors don’t expire to the extent that they will cause you sickness. It will only lose the flavors specifically a year after you opened it. Beer won’t make you sick but will only upset your stomach.

But it’s recommended that you should throw beers that have no white foam after you pour them.

When tasting an expired beer, you will notice a taste similar to paper or popcorn. It’s because of the diacetyl compound found in every beer.

The said compound has a strong buttery flavor which can cause the beer to taste like popcorn. At the same time, oxidation can cause a beer to taste cardboard- paper-like flavor. It is also a sign that the beer has spoiled.

How To Properly Store Beer

Great beer is affected by some elements like sunlight, storage container, and temperature. To avoid your beer tastes terrible, follow some of these tips:

One of the characteristics of beer lovers is they should know how to spot a fresh beer. They know how to check the date code on the bottle or the can.

Though there is no industry standard on how brewers date their beers, most use a “bottled on” format. In this style, it indicates a beer when it was canned.

Often, you can find the date on the bottom of cans, on the bottle’s side, or the case. Not all breweries put a date code on their beers. Experts say that the freshest beer is packaged less than six weeks ago with the case of double IPAs and IPAs.

Tips On How To Taste Fresh Beers

To make sure your drinking fresh beers, here are some tips that you can do:

Malt-driven ales are not that prone to the issues mentioned above. It’s because they don’t rely on hops for the flavor.

It’s one common instinct of a beer lover- to buy from the fridge. Though there are shops that are cool and without UV passing through them, still it’s good.

One of the best protection for any issues is those in canned beers. So, if ever you get the chance to choose between cans and bottles, choose cans.

We know that there are popping lots of small craft breweries. Take time to visit these because, for sure, they are pumping fresh beers through their taps. Also, their beers are likely day-olds or even weeks.

Check on the label the “brewed on” or the “best before” marks on the beer’s container. If it’s a hop drive, beer, don’t consume it for the first months or two. Avoid a beer that’s going on towards 4-5 months old to make sure it’s fresh.

Like in any food, beer is also an organic substance which means that it comes from plant materials. Which eventually will decay.

Some brewers are doing their best to last as long much as possible. But the onslaught of bacteria and some chemical reactions are still a hindrance as the day passes.

Here are the lists of why your beer goes bad:

They say that oxidation is a natural aging process that alters the aroma and beer flavors. When the oxygen interacts with some chemical compounds, it breaks down, which results in different flavors.

Aside from diacetyl, oxidation also causes air leakage. And bottled beers are more prone to these issues compared to canned beers which have a tighter seal.

All things decay, and the cause of it is microbial action. The living bacteria believe that beers are tasty so that they will eat them away over time. It is a rare issue because brewers do everything to minimize contamination.

It’s no secret that ultraviolet light can affect the taste of the beer. When it penetrates through the beer bottles, it starts to react to one of the chemical compounds.

It breaks down the essential flavor compounds until the taste and the smell change. That’s why brewers prefer to ship darker bottles, to minimize the damage.

So if you’re a fan of hop-laden IPAs, go for canned beers or brown bottles for longer shelf life.

Some may say that sell dates are only a guess, but some factors affect a beer’s life. Consider some of these lists below:

Helpful Thing You Can Do With Bad Beers

If you’re still not convinced that beer gone bad has no side effects, you can still use it in some things.

Overall, drinking expired beer won’t cause you any serious harmful effects. Though some prefer to drink expired beers, still it’s up to you if you drink them. Also, though it tastes and smells terrible, it has some valuable tricks you can use at home.