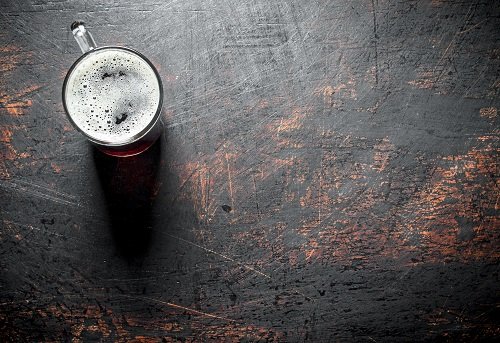 Why Does 1 Beer Make Me Drunk?

One trick to enjoying a party is to not get drunk easily. You want to make the most out of the night, so watch out for what you are drinking and how much you are sipping.

Most parties serve beer, which is a widely consumed alcoholic drink with a low percentage of alcohol.

Why does 1 beer make me drunk? Drinking one beer in one go can make you drunk because roughly every hour, the liver processes an ounce of alcohol. An alcoholic also gets drunk easily because their liver stops processing alcohol into glucose, secreting alcoholic ketoacidosis instead.

It is a surprise to get drunk after downing one beer, but it is possible. Below, learn how alcohol affects the body and the factors that make it easier for a person to become drunk.

I will also suggest some of the best foods paired with beer to help you enjoy your drink better and longer.

Can You Get Drunk With One Beer?

Yes, it is possible to get drunk with just one can or bottle of beer, and different factors can lead to it.

First, finishing one beer at once won’t give your liver time to process the beer’s alcohol content.

Roughly, there is one ounce of alcohol in a can or bottle of beer, and the liver needs at least an hour to break it down into glucose.

People diagnosed with alcoholism also get drunk easily because their liver switches spontaneously to an alternate metabolism.

This is where the liver stops turning alcohol into glucose and starts excreting ketones instead.

Ketones, or alcoholic ketoacidosis, are like alcohol in terms of their chemical component that appears in blood alcohol tests, skewing the results upwards.

Aside from that, it affects the brain, making you look drunk and creating a feeling similar to being drunk.

Unfortunately, this condition happens in episodes that are stimulated by drinking small amounts of alcohol.

This condition can lead to further liver and kidney damage when the episodes happen repeatedly.

Other Reasons Why You Can Get Drunk Easily

The following factors might be the reason why you get drunk easily after drinking one beer.

These are based on recent studies, so take note of each of them to determine which is the culprit.

You Love the Taste of Your Beer

The flavor of the beer you are drinking can affect your drinking behavior. Having one sip of your drink will trigger your brain to think that you need more of it.

The Indiana University School of Medicine based in Indianapolis suggests that the taste of beer alone can trigger the brain’s reward centers.

You Drank on Your New Medication

Drinking one beer after taking new medication can make you feel drunk. Many medications have side effects.

Over-the-counter drugs, prescription medications, and natural supplements might have this effect, so make sure to ask your doctor for advice before drinking alcohol when taking medications.

When you are dehydrated, alcohol can incredibly affect your system. For this reason, you might get drunk easily if you go straight to a pub after hitting the gym without hydrating properly.

See to it that you consume enough water throughout the day to not experience the toll of alcohol after just one can or bottle of beer.

You Have a Lower Weight

Another factor that might contribute to how alcohol affects your system is your weight.

According to the medical experts at Stanford University, body weight can determine the space in which alcohol can diffuse in the body.

So, a person who weighs 180 pounds will have a lower alcohol concentration compared to a 140-pound person who drank the same amount of beer.

You Are a Woman

According to Stanford University, men and women have a different metabolic rate when it comes to alcohol. This is because of general differences in body composition.

Aside from that, studies show that, compared to men, women have fewer enzymes that metabolize alcohol, such as acetaldehyde dehydrogenase and alcohol dehydrogenase.

You Eat Fat-Free or Low-Fat Foods

You will definitely get drunk after drinking one beer on an empty stomach. However, you can also get drunk faster when you are on a low-fat or fat-free diet.

Food that contains higher fat levels is slower to digest, which slows the rate of alcohol absorption from the digestive tract.

The trick is not to forget to eat when you plan to drink even one can of beer at a party. Among the best finger foods to partner with beer are the following:

You Had Weight-Loss Surgery

People who undergo gastric bypass surgery can get drunk faster and need a longer time to sober up.

According to Stanford University researchers, people who had weight-loss surgery showed a peak of 0.08% blood-alcohol level while people who didn’t reach only 0.05%.

One beer might contain the smallest amount of alcohol as compared to other alcoholic drinks, but it is enough to make you drunk if you finish it in one go.

Drinking beer after taking new medication might also be why you get drunk easily, or perhaps you drank on an empty stomach.

Aside from these factors, your weight, gender, and health also affect how alcohol influences your system, especially the brain.

If you wish to enjoy drinking more beer, make sure to consider the factors mentioned earlier.

You can also eat your favorite snack while sipping your beer to slow down the effect of alcohol and make the experience better. Drinking in moderation can help to prevent any damage that too much alcohol can create.

However, occasionally drinking one can of beer benefits the body in many ways.