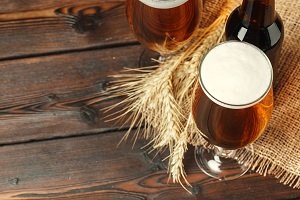 Whether you’re having a party with your friends or a bad day, beer will always taste and feel good. However, not everyone can drink the same; some can handle a lot, and some can only handle the lowest ABV. But whatever ABV one can tolerate, a beer of 8% ABV should suffice.

Some of these beers you may not have heard about. As you read along with this post, you will get to know these 8% ABV beers.

A vast, rich, almost burnt caramel malt body balances everything out well underneath. Throughout, there is a bit of spicy alcohol. All of the elements work well together.

Green and aromatic hops, a smidgeon of wasabi, and a gooey toffee pudding malt finish.

The alcohol is present in small amounts throughout the dish, providing a hint of spiciness. Hops are grapefruity, vegetal, bitter, toasted husky malt, and a smidgeon of alcohol in the aftertaste.

The alcohol is expertly disguised, imparting a hint of heat while remaining hidden behind the rest of the dish: grainy pale malt, grassy hops, and a funkiness to the aftertaste.

Deschutes, as usual, goes into great depth on the construction. Several pounds of Centennial and Cascade hops are used in each barrel, with more hops used for dry-hopping.

Underneath it all, there’s a strong enough caramel malt backbone to hold everything together. There are many resiny, bitter hops in this beer and a few wisps of alcohol towards the aftertaste.

Hop Stoopid was created to cram as many different varieties of hops into a single bottle as possible. Unfortunately, the hop bill isn’t listed, so we’ll have to take their word for it.

They also don’t disclose any information on the malt bill, so we’ll have to make educated guesses there.

Some people get intoxicated after just one beer, while others enjoy it for the rest of their lives. Keep in mind that excessive inebriation can develop into alcoholism, which has serious health effects.

Although 8% ABV may be either low or too high for you, you should always drink all ABV in moderation.