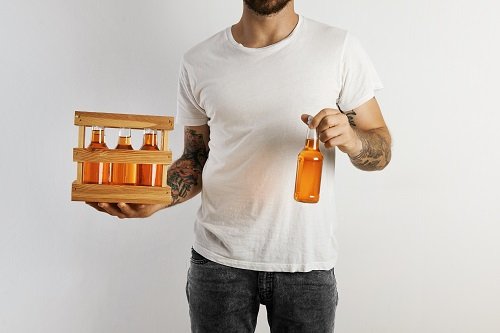 Beer Of The Month Club

There’s no doubt that homemade and craft beers gained popularity throughout the years, especially in the United States. Prompting to open more beer breweries and clubs business everywhere. The demand for these has grown exponentially, and we can’t deny that.

In this article, I’ll explain what a beer month club as well as how it started. This article will also tackle other recommended beer of the month club and their promos.

I also included in this article are the characteristics of good beer and craft beers. And the benefits of joining a beer club too.

Definition Of A Beer Month Club

A beer month club is good news, especially to those who love beers. Someone came up with this idea wherein you need a monthly subscription.

Since you’re subscribed to them, they will deliver to your house the beers of the month. This concept has been circulating for a long time but gained more popularity in the past two decades.

It is like having a monthly subscription to a magazine or a media service provider. Some businesses adopted this idea and made them more successful.

The service gives access to each member access to different types of craft beers. Lucky customers have access too to those craft beers that aren’t easy to find.

A beer month club also gives its consumer not only access to new flavors of craft beers. It’s also nice because it will also give you knowledge about them.

There are lots of beer clubs circulating nowadays and to choose from. Let’s start with the best beer of the club month- the U.S Micro brewed.

True to its name, this club offers some of the limited-release and most exclusive craft beers. They also offer a personalized shipment program. That helps their customers know beforehand about the upcoming shipment. Then let you make some changes.

The subscription to this club will cost you $37.95 a month with a shipping fee of $14. People who love exploring possibilities to some of the high-quality imported and rare breweries, it’s the one. In every shipment, you’ll get to enjoy some of these:

The subscription will cost you $29.95 a month, and the shipping fee is $15. It is perfect for those freshmen in craft beer that are looking for good quality beers.

Along with the subscription are the tasting notes, pairing, and some recipe suggestions. When subscribed, you’ll get some of these:

If you subscribed to this club, you’d get a fresh beer. Thanks to their optimal storage condition, which makes the quality of their beer.

To get the best, they will look for the best craft beer around the country. And let you join an existing club membership or gift a subscription to a friend.

The subscription to this club will cost you $42, including the shipping fee. In every subscription, you’ll get there:

It is also one of the famous Microbrewed beers of the month club. They offer handpicked varieties of beers from International breweries too.

The monthly subscription will cost you $ 34.95, and the shipping fee will be $15. The club assures its customers that you won’t get the same beer twice.

This subscription is perfect for those who are always looking for new types of beers. Thanks to their wide variety of beers from around the world.

If you’re looking too for a club that offers high customer service, this is the one. The club assures you that they have 100% satisfactory ratings.

They even refund your money if ever you’re not satisfied with their services. In every shipment, you’ll get there:

In this beer club, you’ll enjoy some hoppy beer styles and different types of IPAs. It’s perfect for those who love hops.

Subscription will cost $34.95 a month with a shipping cost of $15. This beer club is also recommended for IPA lovers. It offers double, Imperial, IPAs, and seasonal IPLs.

Included in the subscription are:

It’s the least popular offered by the Microbrewed beer of the month, among others. But, it offers the most beers coming from around the world.

Subscription will cost you $37.95 a month and a $15 shipping fee. It’s one of the best subscriptions for those who love exploring international beers.

Here are some inclusions in the subscription:

This subscription is also for those who tested international beers and want to taste them again.

It is a beer club that offers a one-time gift box for craft beer lovers. Also, customers will enjoy beers from small businesses to top breweries.

Perfect also for those who want to enjoy something new every month. Some of the inclusions in these subscriptions are:

A subscription that lets customers choose a beer they want to add to their monthly subscription. You can enjoy the perks of choosing a type of brews, the amount, and the delivery’s frequency.

If you’re looking for a thousand different brands and beer styles, this suits you. They also have a Tavour app that helps a customer find some craft beer that’s difficult to find.

In the app, there is also a new beer shared twice a day. Also, the subscription has no limit on the numbers that you want to order.

There is no definite subscription amount as it will depend on the craft beer you order. But, there is a fixed shipping fee which is $14 for each delivery.

If you are a craft beer enthusiast, you’ll love this subscription too. It’s because you can choose your craft every month and can determine the quantity of it too.

It offers trending styles and hype-worthy beer to its customers. It’s the talk-of-the-town because it worked with Colorado’s best breweries.

To show their gratitude to their customers, they can choose the design of their taste profile, so if you love experimental and love trying new beers, this one’s best for you.

In each shipment, a customer will get:

The subscription costs $39.99 – $64.99, which depends on membership, and the shipping fee is $5. The beer drop offers crisp lagers and juicy IPAs too.

Benefits When Joining A Beer Club

Now that you know the best beer month club and the likes, here are the lists of its benefits:

Beer is an alcoholic drink made from fermentation and brewing. In this process, they use malted, flavored hops, oats, or other grains. Some prefer to add some herbs for the taste. In general, a craft means an art or a trade that requires a particular manual skill.

The term craft beer started by Vince Cottone. A Seattle- Post Intelligencer columnist in the middle of 1980s. During this time, microbreweries multiplied in the United States.

In 1987, Cottone explained his reason why he selected the term “craft.” He used the Craft brewery to define a small brewery that uses traditional ingredients and methods.

Then the name craft brewery made its way to trade magazines and conferences. By the end of the decade, the Brewers Association formulated a meaning for Craft beer.

Making it in the mid-90s to plan a craft brewer with four criteria. Here are some of the criteria they formulated.

To understand more about craft beer, below are the listed characteristics:

Essential Characteristics Of A Good Beer

As a beer enthusiast, knowing the characteristics of a good beer is vital. When one knows about it, you’ll be able to educate your friends or colleagues about it.

The first thing to know when you get a beer is the appearance. A beer in a glass is better than a beer in a red plastic cup.

Admit it, that beer in a cup isn’t as appealing as a beer in the glass. There are 5 key points, the glassware used, lacing, color, clarity, and head-and-head retention.

As you consume the beer, the remaining head should leave a lacing in the glassware. With this, it will only show how clean the glassware is and the overall beer’s character.

These key points may be hard to remember at first. But if you want to know a good beer, these pointers will look easy.

Next to the appearance is the aroma of the beer. These are some different aromas that you can take note of when drinking a beer.

Noticing the strongest in the small details in the aroma is better. But it’s vital too if you pay attention to the smaller ones, as well as the unique aroma.

If you notice these, you can compare them to the taste and the finish of the beer. To know more about aroma, you can check more of it in the aroma wheel.

3. Flavor And The Taste

After smelling the beer, the next factor to consider is the flavor. Once you taste it, please take note of the flavors and the feeling it gives you. How the beer feels in your mouth goes along with its taste. It’s essential that you first taste it.

Then after the first taste, take the second taste. Swish it around in your mouth, then exhale while it’s still in your mouth. Doing this will give you the secondary aroma too. Then swallow the beer and notice the lasting taste it gives you.

The second is the impression it leaves you. There are beers that some may describe as “boozy.” It’s when you notice that the alcohol’s aroma. Often, more potent alcohol is being used for the sweetness of the beer.

When measuring the ABV, it takes the Original Gravity (OG), then the Final Gravity (FG). You will often see the OG and the FG on the beer’s label.

With the help of simple math, you’ll get the ABV. There are also larger breweries that have lab types of equipment that help them measure it.

The second method when measuring alcohol’s content is by Alcohol By Weight (ABW). It’s the percentage of the total mass of a liquid. The majority of alcohol producers and breweries in the U.S uses ABV in their listings.

In general, a beer month club is like a subscription in a magazine, but here it’s a craft beer. There are beer clubs available in the U.S, and choosing the best one will depend on you.

You can take into consideration some of their offers and freebies. And though we listed the rare beer club the best, still it’s only a suggestion.