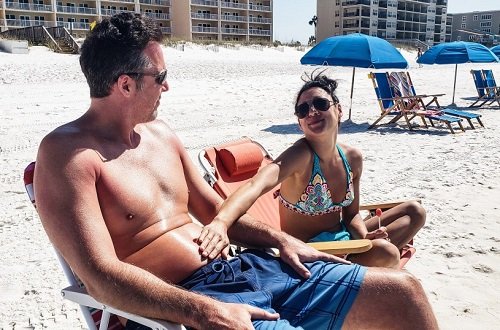 Drinking beer is known to be associated with an increase in body fat, and this is mainly in the belly area. As a result, many people call it a beer belly, and it seems that more beer drinkers worldwide tend to grow bellies.

Many are questioning if beer is the culprit in enlarging the belly area and what causes it to increase in body fat.

Does beer make you fat? Yes, drinking beer is known to increase your weight gain in any type, including belly fat. When you drink more, there will be a higher chance that you will risk your weight gain as beer is rich in calories.

People are becoming weary as it is often associated with weight gain. As a result, many people are avoiding this, but you need to understand that there are factors that affect weight gain. This article will discuss beer in general and how it affects your body weight control.

Before you dive in with the relationship between beer and weight gain, you need to understand what exactly you are drinking. Beer is an alcoholic drink made from grain, like barley, wheat, or rye, fermented for years.

The hops are the ones responsible for the flavoring, which makes it balance the sweetness and bitterness,

Some varieties are flavored with fruits, and others have some herbs and spices in them. Beer is generally brewed in 5 different processes: malting, mashing, boiling, fermenting, and bottling.

The strength of the beer will always depend on the amount of alcohol it contains. It is usually measured by alcohol by volume or most commonly known as ABV.

ABV is the label you usually see in many beer bottles, and it is the amount of alcohol in a 3.4 oz drink. The alcohol content is usually 4 – 6% for beers, but it can also range from feeble 0.5% to solid 40%.

What Causes A Beer Belly?

It is not technically the beer that is the culprit but the added calorie intake that turns your trim waistline into a belly. Whether it be alcohol, sugary beverages, or oversized food portions, any calories can increase your weight gain.

Some studies show that alcohol does not seem to be directly related to fat accumulation in the midsection of your body.

In a general sense, alcohol intake is associated with bigger waists because you are drinking it, and the liver burns alcohol instead of fat.

Beer also is the one to blame because alcohol calories are so easy to overdo and beer has 150 calories. If you drink down many in one sitting, you will end up with severe calorie intake overload.

Also, it is worth mentioning that calories from the foods you wash down with those beers will significantly contribute to your weight gain as well. The reason is that alcohol is the one to blame since it increases your appetite.

When you are drinking beer at a bar or a party, the food on your hand is often fattening. It includes your favorite meals rich in too many calories, like pizza, wings, and other fried foods available at the bar.

Why Does Fat Accumulate In The Belly?

As a general rule, when you take in more calories than you burn, the excess calories will be stored as fat, where your body stores fat will be determined depending on your age, sex, and even hormones.

Many studies show differences between having a male gene over a female one. Male and female start with similar fat storage patterns, but it changes your body composition during puberty.

Women are known to be more subcutaneous fat, which is the fat under the skin compared to men. As a result, those extra fat calories tend to be deposited in their arms, thighs, and buttocks.

On the other hand, men do not have much subcutaneous fat, so it is usually stored more in their bellies.

Three Ways That Beer May Cause Fat Gain

Many theories show that beer drinking will most likely increase belly fat in numerous ways.

These include causing excess calorie consumption, preventing your body from burning all those fats, and increasing phytoestrogen content in your diet. Here are the three possible reasons why beer may be particularly effective in belly fat gain:

1. It Increases Your Calorie Intake

Every gram counts and beer contains as many calories the same as soft drinks. For this reason, it possesses the potential to add a lot of calories to your diet.

Some studies show drinking alcohol can increase your appetite in the short term. It will cause you to eat more than you otherwise would typically eat.

In addition to that, it has been shown that people do always compensate for the calories they consume from alcohol. Some people try to eat more than they could instead of just eating less food.

It could only mean that drinking regularly could potentially contribute a significant amount of calories to your diet.

It is known that drinking alcohol is known to prevent your body from burning all the fat. This is because your body is prioritizing the burning of alcohol and breaking it down over other fuel sources, including stored fat.

One theory says regular drinking coil, therefore, contributes to an increase in body fat. However, studies examining this have found different results, and over the long term, drinking beer is associated with weight gain.

So you need to understand that drinking is not helping you in terms of losing weight. You might have skipped it entirely if you are trying to lose weight.

The flowers of a hop plant are responsible for giving the beer its flavor, and this plant is known to be very high in phytoestrogens. These are plant compounds that can mimic the action of the female sex hormone estrogen in your body.

Because the hop plant has an excessive amount of phytoestrogen, it has been suggested that the hops in beer might cause hormonal imbalance. It means that there will be some hormonal change in men that can increase the storage of belly fat.

However, it might be possible that men who drink lots of beer are exposed to higher phytoestrogen levels. It is not known how these plant compounds affect the whole weight gain.

Beer can amplify your calorie intake and cause you to gain weight, and if you are planning to lose your beer belly, there is no right or wrong method.

All you have to do is do the tried-and0-true method of cutting your calories snd getting into physical activity. Just be mindful that monosaturated fats and so-called belly fats diets won’t trim your belly faster than having a healthy, low-calorie diet.

Due to the link between belly fat and alcohol calories, it is recommended to drink less alcohol to trim all those weight gain. It would be best to avoid binge drinking, which puts you at risk for liver damage and other serious health concerns.

The U.S Department of Agriculture Dietary guidelines states that it is recommended to limit alcohol to 1 daily serving for women and 2 for men.

Beer lovers should also opt for some light beers with 100 calories or less and limit their drinks per day. You can also drink during the weekends and alternate alcoholic drinks with some low-calorie non-alcoholic beverages.

As always, remember to have a healthy meal before or with your drinks to help you resist the temptation of high-calorie bar foods.

To sum it up, drinking beer can increase your weight gain in general, and it mainly includes your belly fat. You have to take note that the more your drink, the higher the risk of gaining weight.

To put it simply, you should limit your drinking to one beer per day or even less.

When you drink a lot of beer or binge drink regularly, you are at a very high risk of having belly fat and severe health issues. So, it is best if you keep your alcohol intake within the recommended limits and have a healthy and active lifestyle.